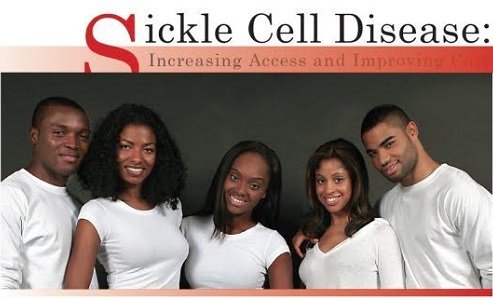 Nearly one in every 365 African-American births result in a child born with Sickle Cell Disease.

And, according to a new report, one in 13 African-American newborns have the sickle cell trait which increases the chances that those infants could have the disease.

The new report, released on Tuesday, Sept. 7 and which helped to kick-start Sickle Cell Disease Awareness Month, revealed that despite knowing the exact cause of SCD, there remains no cure for the disease and existing treatments are often inadequate.

“Not only are individuals with SCD burdened by the pain and disability that comes with a chronic condition, but they also have very few accessible treatment options due to our fragmented heath care system,” Dr. Charles S. Abrams of the University of Pennsylvania and president of the American Society of Hematology said in a statement.

“This status quo is unacceptable, and we are setting out to change it. ASH is proud to make a difference for people battling this disease worldwide by teaming up with partners from around the globe to launch the Sickle Cell Disease Coalition,” Abrams said.

SCD is an inherited, lifelong chronic disorder affecting nearly 100,000 Americans and a growing global health problem that will touch nearly 30 percent more people globally in the next three decades, according to the report.

Although new approaches to managing SCD have led to improvements in diagnosis and supportive care, those living with the disease still have severe complications to overcome, study authors said.

Many are unable to access quality care and are limited by a lack of effective treatment options.

In an effort to identify unmet medical needs for people with SCD, the ASH, along with other groups, issued the report which also evaluates the disease in four priority areas – access to care, training and professional education, research and clinical trials, and global health.

Significant improvements are needed across all areas and that, though patients are living longer, the system of care needs to change to ensure a better quality of life, according to findings in the report.

To address those challenges, ASH launched the Sickle Cell Disease Coalition to provide a platform to encourage stakeholders to work together to develop and implement vital projects and activities that will ultimately help the SCD community and improve outcomes for individuals with the disease, officials said.

“There are many unique challenges that people with SCD face. For example, the transition from pediatric to adult care can be especially difficult, and many people struggle to find health care providers with comprehensive knowledge and expertise to provide proper care, especially in rural communities,” said ASH Vice President Dr. Alexis Thompson of the Ann and Robert H. Lurie Children’s Hospital of Chicago.

SCD occurs in one in 365 African-American births, the report noted.

The disease affects approximately 100,000 individuals in the United States and approximately 300,000 people have the sickle cell trait.