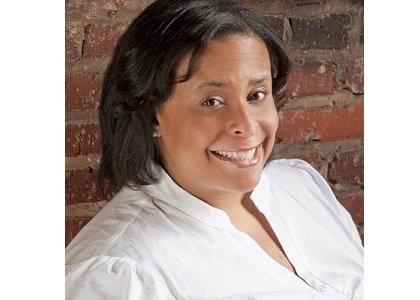 The BSO OrchKids program is a year-round, during and after school music program created in 2008 by BSO music director Marin Alsop and the Baltimore Symphony Orchestra. The program started with 30 students in one school and now serves over 1,000 students in grades Pre-k through 10th grade across Baltimore City. OrchKids creates social change and nurtures promising futures for youth in Baltimore City through music education, instruments, academic institutions, meals, as well as performance and mentorship opportunities. The students are provided with the opportunity to experience music and art in a manner they'd likely never experienced and it's believed that this program opens their eyes to all of the possibilities available to them through hard work and determination.

"I’m honored to serve as the first executive director of the BSO's OrchKids Program. I am thankful to the BSO, the BSO board of directors, and Marin Alsop for the commitment they've shown to this program and our city with their investment in a full time executive director," Raquel Whiting Gilmer said.

Gilmer has spent time planning with the OrchKids team and reviewing the current systems and processes to gain an understanding of what is working well and to expand on those achievements. She has a strong operations background and believes that her experience will help her to work with the team to build a stronger foundation in order to fulfill their ultimate goal to make OrchKids accessible to thousands more students in the city.

“I truly believe that OrchKids is a vital program in our city and so I am personally committed to the program's growth and expansion," Gilmer said.

After graduating from Roland Park Country School, Gilmer attended Princeton University and graduated cum laude. She later graduated from the University of Virginia Law School. Gilmer has held several positions including managing two U.S. Senate campaigns in Ohio, and practiced law for several years at Arent Fox Law Firm in Washington, D.C. where her focus was on regulatory legal affairs. For the past eleven years, she has been developing and implementing high quality, out of school time educational programs nationally. First as the senior director of marketing and community relations at Catapult Online/ Education Online, a sister company of Sylvan Learning and later as chief operating officer at Learn It Systems.

Gilmer believes that all she has learned throughout her career will help her to lead OrchKids in its next phase of development.