This is why we have to invest in effective teachers 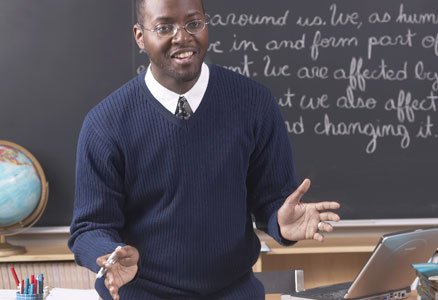 (NNPA) — While millions of children (and teachers) welcomed the call to go back to school in August and early September, all is not well in classrooms and school districts around the country.

Even though every school district may not be facing challenges, many urban school districts— where the majority of African American and Hispanic students are enrolled— face challenges that may either disrupt education in the classroom or affect the terms and conditions of work for teachers.

Meanwhile, some school districts are experiencing teacher shortages and an unhealthy reliance on substitute teachers. Teachers are leaving the profession more rapidly than before and teachers of color, especially men of color, are woefully underrepresented in the ranks of K-12 teachers. Indeed, African American men represent just two percent of all teachers. Eighty-three percent of all teachers are white, despite the fact that inner-city classrooms, particularly, are overwhelmingly black and brown.

In Chicago, teachers have returned to school without a contract for the second year in a row, and the Chicago Teacher’s Union will take a strike vote, proposing a strike in October. Meanwhile, the CEO says that unless the CTU agrees to concessions, there will be classroom cuts.

The Chicago Public School district has already “tightened its belt” by laying off more than 500 teachers and 500 school-based workers. These workers may not be out of jobs, as they can apply for other open jobs in the Chicago Public School district, but a massive July layoff is not the best way to approach August with a positive attitude. Chicago is not the only school district with challenges. Dozens of school districts have financial challenges, which is partly, because cities and states have implemented austerity budgets that are allocating insufficient funds to schools.

One of the major challenges for school districts and for teachers is the way that teacher pay lags behind pay in other professions. According to the Economic Policy Institute, “public school teachers’ weekly wages were 17 percent lower than those of comparable workers— compared to just 1.8 percent lower in 1994.” Those who teach must have a passion for their profession, and for students, but passion can often be dampened by low pay. Some young people who would be great teachers choose alternative, better paying, careers. And veteran teachers, who may have experienced pay freezes, because of fiscal austerity, may choose to make mid-life career changes, because more attractive financial opportunities beckon.

Why can’t we pay teachers fairly? If the teaching profession is considered as important as any other— and some might argue that it is more important than many— why does teacher pay lag so much behind other professions?

As Lawrence Mishel and Sylvia Allegretto note in their EPI study, “An effective teacher is the most important school-based determinant of education outcomes.”

The teaching profession needs to offer pay at a level to attract the best and the brightest to our nation’s classrooms. Otherwise, as a recent study shows, few students aspire to be teachers, only five percent of college-bound students were interested in pursuing a career in education in 2014. Is there any wonder?