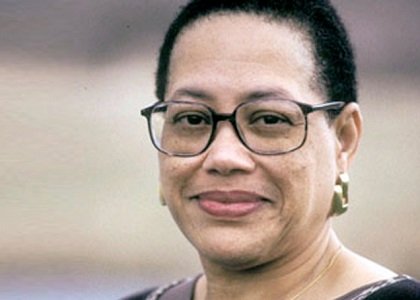 (NNPA) — The fight for fair lending got a big boost on August 31 when a federal court rejected a payday loan collector’s attempt to evade consumer laws. The decision against CashCall, a California-based online payday and installment lender, upheld the Consumer Financial Protection Bureau’s (CFPB) authority to investigate and fine lenders for unfair, abusive or deceptive practices.

The court ruling is a key step in a legal battle that began nearly three years ago.

In December 2013 and for the first time, CFPB sued to secure consumer refunds of illegally collected money. According to the filing, “defendants engaged in unfair, deceptive and abusive practices, including illegally debiting consumer checking accounts for loans that were void.”

CFPB charged that California-based CashCall, its subsidiary WS Funding LLC, affiliate Delbert Services Corporation, a Nevada collection agency were all the same ownership. Loans ranging from $850- $10,000 were sold with upfront fees, lengthy repayment terms and interest rates as high as 343 percent. CFPB charged that these loan terms violated state laws in at least 16 states that had in place licensing requirements, interest rate caps – or both.

As early as 2009, CashCall also partnered with Western Sky Financial, another company, to claim that tribal law rather than state law applied to their loans. Readers may recall a series of television ads promoting Western Sky’s quick and easy loans.

The federal court disagreed and dismissed challenging arguments, finding CashCall to be the true lender. The relationship with Western Sky was tantamount to a “rent-a-bank” scheme. In part the ruling stated affected states “have expressed a fundamental public policy in protecting its citizens.”

CFPB’s late summer court victory is similar to another recent enforcement action by the Maryland Commissioner of Financial Regulation. In that state’s court, CashCall was found to be a lender that tried to evade state usury limits by using the rent-a-bank scheme.

Today, there are 90 million people who live in the District of Columbia and 14 states where excessively-priced payday loans are not allowed. Collectively, these states save more than $2 billion a year that would otherwise be spent on payday loan fees.

That’s a good thing for consumers.

Consumer advocates are celebrating this important victory. It is one that upholds the importance of strong state laws and effective enforcement.

“This important ruling validates the right of states to protect their citizens from predatory loans, whether they are made online or at a storefront”, noted Diane Standaert, director of state policy and an executive vice president with the Center for Responsible Lending. “It reinforces the common sense concept that people should not be harassed for debts they do not owe. Both states and the CFPB must continue to enact protections against unfair lending and collection practices.”

The court ruling also comes when the deadline for public comment on payday lending approaches. CFPB will accept comments from citizens and organizations that have concerns about payday and high-cost, small-dollar loans. An online portal can accept comments at: http://stoppaydaypredators.org/crl/.

The deadline for public comment is October 7. If anyone doubts how these small-dollar loans cause so much financial harm, consider these facts:

• Over $3.4 billion in excessive fees are drained from payday borrowers each year.

• Nearly 1 in 4 payday borrowers rely on either public assistance or retirement benefits as an income source.

All too often across the country, payday storefronts ply their trade in Black and Latino neighborhoods. The noticeable presence of payday lenders in our communities indicate that our people are being targeted to become financial victims. I would challenge anyone to identify areas dominated by high-income consumers have a comparable number of payday stores.

Starting now, choose not to become a payday victim. If there was ever a time to speak up or speak out on predatory lending, don’t miss the October 7 deadline for comments.

Charlene Crowell is the deputy communications director for the Center for Responsible Lending. She can be reached at Charlene.crowell@responsiblelending.org.