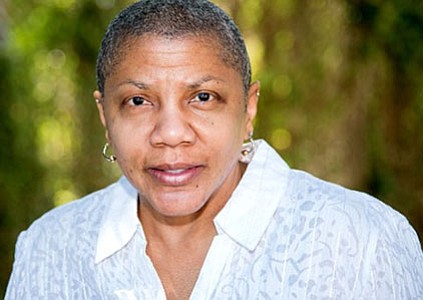 The federal grant, which amounts to $125,000 each year for five years with the opportunity for an additional five-year continuation, should assist the coalition’s goal of preventing drug and substance abuse for young people, according to Edwards.

“The goal of the coalition is to prevent and reduce alcohol, marijuana, and other drug use and abuse among youth ages 18 and under and over time, reduce substance abuse among adults by addressing the factors in the community that increase the risk of substance abuse including the social determinants of health,” she said.

The project, “Get SMART,” which stands for Students Mobilized and Re-tooled to Transform, launched in December of 2013 with the aim of preventing HIV, sexually transmitted infections, and substance use among 18 to 24-year-old emerging adults on the Morgan State University campus and within a one-mile radius of the historically black institution.

The launch was attended by university officials and faculty; students and community members.

It began with the slogan, “Are you smart enough?”

Later, Edwards secured a $900,000 federal grant to increase HIV/AIDS awareness and prevent substance abuse in the community with the help of students at Morgan State.

The new five-year grant should continue to assist that mission.

“The ‘Get SMART’ team is excited to provide re-purposed education, resources, and support to the youth and families who reside in West Baltimore,” Edwards said.

“This grant will help establish and strengthen collaborations among communities, public and non-profit agencies, as well as federal, state, and local governments to support the efforts of community coalitions working together to prevent and reduce substance among youth, the future of our tomorrows.”

The plans going forward involve the implementation of a “Strategic Prevention Framework” as outlined by SAMHSA to address community level change, Edwards said.

Some of the selected strategies for community level change will include providing support, enhancing skills and reducing significant barriers for policy change. Edwards noted that the school and coalition value the concept that community lies in the heart of public health.

“The School of Community Health & Policy is in a unique position to impact community level change that focuses on improving the health and well-being of communities, especially in reducing substance abuse among youth,” she said.

Substance abuse has a major impact on individuals, families, and communities and the effects of substance abuse are cumulative, significantly contributing to costly social, physical, mental, and public health problems, Edwards further noted.

“This is a crucial time for Baltimore to increase the awareness of substance use within the community, especially among youth,” she said.

“We are in an early genesis of recovery stemming from community trauma, a plethora of drug overdose, and an array of mental health concerns. Alcohol and substance use are often used as a coping mechanism to solve and, or, escape problems.