Maria Harris Tildon appointed to BGE Board of Directors 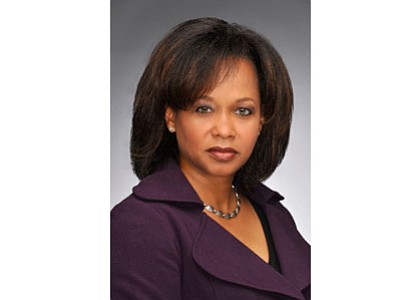 BGE has announced that Maria Harris Tildon has joined the company’s board of directors. Tildon is the senior vice president for public policy and community affairs for CareFirst BlueCross BlueShield (“CareFirst”), the largest healthcare insurer in the Mid-Atlantic.

Tildon’s responsibilities at CareFirst include all matters related to public policy, government relations, external and internal communications, strategic medical communications and community outreach and corporate giving. She joined the company in 2006, after holding senior positions at The Century Council and with the Clinton administration.

“Maria has an extensive and impressive background in areas that are critical to an energy utility,” said BGE Chief Executive Officer Calvin G. Butler Jr. “Her expertise in public policy and understanding of our customer base will be an asset as we move smart energy forward with innovative programs to meet customer needs.”

Tildon succeeds former BGE board member Dr. Carla Hayden, previously chief executive officer of the Enoch Pratt Free Library, who was sworn in as the United States 14th Librarian of Congress on September 14, 2016.

Tildon, a Baltimore native and current resident, also serves on the boards of Healthcare for the Homeless, the

R. Adams Cowley Shock Trauma Center and the Chesapeake Employers Insurance Company. She is also a member of the Baltimore City College Board of Trustees and the District of Columbia Chamber of Commerce Executive Committee.

Tildon has a Bachelor of Arts degree in International Relations from Boston University and a Juris Doctor degree from American University’s Washington College of Law.

Founded in 1816 as the nation’s first gas utility, BGE marks its 200th anniversary this year. BGE is Maryland’s largest natural gas and electric utility. Headquartered in Baltimore, BGE delivers power to more than 1.25 million electric customers and more than 650,000 natural gas customers in central Maryland. The company’s approximately 3,200 employees are committed to the safe and reliable delivery of natural gas and electricity, as well as enhanced energy management, conservation, environmental stewardship and community assistance. BGE is a subsidiary of Exelon Corporation (NYSE: EXC), the nation’s leading competitive energy provider. Like us on Facebook and follow us on Twitter, YouTube and Flickr.