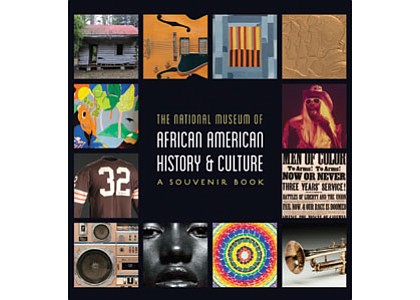 Just steps away from the Martin Luther King Jr. Memorial on the National Mall another dream has been realized. The doors to a museum devoted exclusively to the preservation and commemoration of African American life, history and culture will finally open.

After 13 years of research and curation, on September 24, the Smithsonian’s National Museum of African American History and Culture will unveil an expansive, awe-inspiring, gut-wrenching, hope-filling, tear-jerking and breathtakingly beautiful account of the African-American experience in this country.

“There’s so much to take in and so many emotions to sift through at one time,” said Janell Martinez, editor-at-large of AintILatina.com, who previewed the museum with the media last week for her Afro-Latina audience. “I was a bit overwhelmed in the beginning. At first I was a bit upset and then as I moved upward throughout the museum, I began feeling at peace and filled with hope.”

It seems that’s the effect museum curators were going for when laying out the exhibitions for display. The story of slavery and freedom begins on the museum’s bottom floor— underground— where the telling of the story of the development of transatlantic slave trade unfolds in a display of original artifacts, media presentations and personal stories of slaves and slave-owners that chronicle how the slave trade began through to the Civil War.

“It’s not a sad story, it’s an empowering story,” Mary Elliott, co-curator of the “From Slavery to Freedom” exhibition, told the Baltimore Times. “And it’s not about shameful finger-pointing, like ‘hey, look what they did.’ It’ more about, ‘hey let’s talk about this.’ There’s a lot of ground to cover here.”

Throughout the entire museum are juxtapositions of profit and power against the human cost. People will witness how slavery was first commercialized and then racialized in order to continue to profit without being haunted by the cruelty of slavery.

“We wanted to emphasize the human experience and the humanity of people who lived through enslavement,” Dr. Nancy Burcaw, Elliott’s co-curator of the exhibition said. “Being in this space underground, in terms of this history having been hidden in the past, it is completely foundational and, just the radicalism of it. There’s so much black radicalism in this exhibition alone. We wanted people to feel as well as learn in their heads.”

Among the many priceless pieces from the “Slavery and Freedom” history gallery is the display of the Bible belonging to Nat Turner, leader of the bloodiest slave revolt in American history. The Bible was donated to the museum by the Person family, descendents of a Virginia family killed during the rebellion. According to Elliott, when they found out about the museum’s collection efforts, they felt it was the best place for the public to consider the history it represents, according to Elliott.

“That’s very powerful because that family is white and their ancestors were actually killed during that rebellion. But for someone to say it is important for us to bring to [the Bible] to public to wrestle with this history and to help us move forward is very powerful in and of itself,” said Elliott.