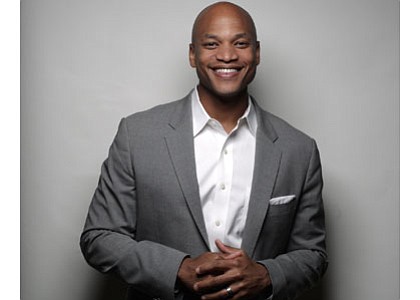 Future City will examine best practices in other American cities and bring those concepts back to Baltimore while asking, “How do we make that happen in Baltimore?”

“At a time like now, when Baltimore is working to resolve chronic problems, and is making progress on many, Future City will gather urban leaders from around the country to share what’s working in other cities,” said Tony Brandon, president and general manager of WYPR. “We’ll also have Wes Moore’s input as a progressive and thoughtful Baltimore leader.”

Future City airs each month on Wednesdays at 1 p.m. and again at 9 p.m. It will also be available online at: wypr.org. Each episode is 60 minutes in length and will feature input from experts in each city being examined, as well as experts in Baltimore. The first show aired on Wednesday, September 21, 2016.

Moore is an American author, social entrepreneur, producer, political analyst, and decorated U.S. Army officer. He is the author of The Other Wes Moore and The Work, both of which are New York Times bestsellers.

The program is made possible by Genine and Josh Fidler, and supported by the Baltimore Community Foundation, whose vision is that Baltimore boast a growing economy where all have the opportunity to thrive.

WYPR is a National Public Radio station serving Baltimore, the state of Maryland, and beyond. As a listener-supported radio station, all contributions to the station are tax-deductible to the fullest extent of the law. For more information, visit www.wypr.org.