Lupus: What you need to know 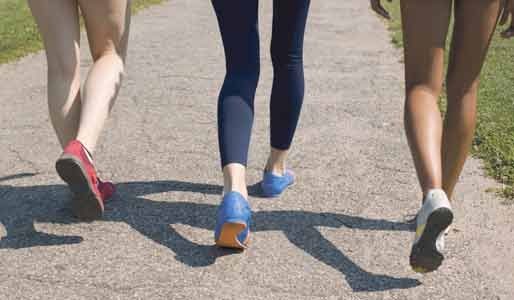 The Lupus Foundation of America DC/MD/VA Chapter will host its annual Walk To End Lupus NowTM event at Rash Field in Baltimore City on Saturday, September 12, 2015.

continued — A facial rash that extends across the forehead, cheeks and nose, and shaped similar to a butterfly, occurs in about half of all cases.

One of the most frustrating symptoms of lupus is frequent confusion and memory loss. Around one in five people with lupus suffer from some sort of brain fog, which happens when lupus antibodies cross the blood-brain barrier and interfere with the brain's memory center. Most attacks are mild, such as forgetting a familiar number or where you parked your car, but for some memory loss can worsen over time.

Lupus also raises the risk of pregnancy complications, infections, even cancer, so obtaining treatment for the condition is critical to living with the disease.

Typical treatments for lupus include an immunosuppressant to slow the body's attack on itself, prednisone and other types of corticosteroids to reduce inflammation, and over the counter pain relievers, such as naproxen sodium and ibuprofen to treat fever and swelling.

The first prescription treatment for lupus in over 50 years was approved in 2011 by the Food and Drug Administration. The drug, Benlysta, is a biologic, which means it was made in a living organism rather than chemically, and works by specifically targeting overactive antibodies, rather than suppressing the entire immune system. It's given intravenously, and only to those patients for whom other treatments have become ineffective.

There is some evidence that vitamin D, fish oil and DHEA (dehydroepiandrosterone) supplements can help as well. Because sunlight is a trigger, it's important that anyone with lupus wear protective clothing, sunglasses and sunscreen.

Lupus is a variable disease, characterized by periods of wellness with few symptoms, followed by an extreme "flare" of the disease, often triggered by a factor in the patient's environment. Common triggers include stress, cold, flu and infections, exhaustion, ultraviolet rays from sunlight and in some cases, florescent lights, and various medications, especially those that increase sun sensitivity.

Experts suggest avoiding flares by practicing a healthy lifestyle: eat a well-balanced diet, get plenty of sleep and exercise, and avoid as much daily stress as possible. Staying out of sunlight is also key, as is keeping a journal of symptoms to help identify flares early and get immediate medical care.