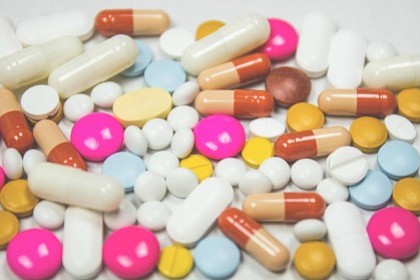 (CNN) — An aspirin a day may keep the doctor away. It may also reduce your chances of dying from cancer, according to a study on long-term regular aspirin use and different kinds of cancer.

Yin Cao, an instructor in the Medicine, Clinical and Translational Epidemiology Unit at Massachusetts General Hospital and Harvard Medical School, presented the information Monday at the American Association for Cancer Research meeting in Washington.

"Evidence has been accumulating very rapidly showing aspirin works in reducing cancer and cardiovascular disease mortality," Cao said. "It is good to remember, though, if a person wants to take a low-dose aspirin, especially if a person has had cancer, they will want to have an initial conversation with their doctor first."

Not everyone can take aspirin, particularly if you are at high risk for ulcers and gastrointestinal bleeding. Studies have showed an increased risk of both when taking a daily aspirin, but the benefit does outweigh the risk for most other people.

Studies have also found that aspirin can help patients who have had (or are at high risk for) a heart attack or stroke, and of course it is a good drug to relieve pain. Even the ancient Egyptians used the natural form of it for pain relief centuries ago.

Cao hopes her study will continue to broaden the body of research to include cancer-related deaths overall. Next, her group hopes to study what specific groups may most benefit from this practice, particularly based on those individuals with varying cancer risk.