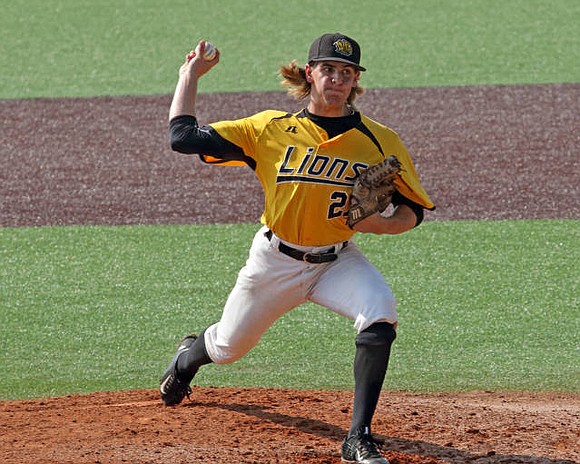 Trailing 3-0, the Panthers (12-23) scored their lone run in the seventh. Cody Den Beste led off with a double to center field, and Carson Lee reached on an error. Tyrone Thomas then singled to right field for the lone run.

The Panthers had opportunities in multiple innings, but could not push across another run. Texas State (18-11) broke the game open with a seven-run seventh.

LITTLE ROCK, Ark. - Arkansas Pine Bluff took down Little Rock, 2-1 with a go ahead run in the fourth inning on Tuesday.

The game would be scoreless until the third, when Serge Esparza would hit an RBI single to drive in the first run on the game, and give UAPB the 1-0 lead.

The Golden Lions would get another run in the fourth, when Core Henderson would hit a two RBI double to make the score 2-1. The Lions would hang on for the win.

Henderson would go 1 for 2, with that lone RBI for the LIons in the victory.

Alabama A&M would fall behind from the beginning in this one. The Bulldogs would trail 8-1 after the third inning. Alabama A&M would get allow three more runs in the fourth, to make the score 11-2.

The Bulldogs would get one more run, but would fall to Samford.

Cornelius Woods would go 1 for 4 with one RBI in the loss.

BATON ROUGE, La. - Grambling State would not be able to keep pace with LSU, falling 13-2 on Tuesday.

The Tigers would get a 2-1 lead after the first. Johan Mojica would hit an RBI single to drive in the second run.

The Tigers would not be able to keep up with LSY the rest of the way, being outscored 12-0 in the remaining innings.

Mojica would go 1 for 3 with an RBI in the loss.