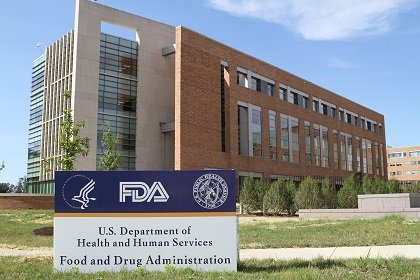 (CNN) — You will be able to test yourself at home for a genetic predisposition for certain diseases, thanks to a new ruling from the US Food and Drug Administration.

On Thursday, the FDA gave 23andMe permission to market its Personal Genome Service genetic health risk tests for 10 diseases. It is the first direct-to-consumer genetic test the FDA has allowed to provide that information.

The tests are easy to use and isolate DNA from a saliva sample, which can be sent away to be tested for more than 500,000 genetic variants thought to be related to these diseases.

The company said it has been working on showing the FDA that the reports are easy for customers to understand and that they meet the agency's requirements proving that they are accurate.

"The FDA has embraced innovation and has empowered people by authorizing direct access to this information," 23andMe co-founder and CEO Anne Wojcicki said in a statement. "It is a significant step forward for 23andMe and for the adoption of personal genetics."

In 2013, the FDA asked 23andMe to revise its marketing strategy for its main product, a personal genome test that showed whether people were likely to get a much wider variety of diseases than the current test, to comply with federal regulations.

At the time, the agency was concerned that customers who got inaccurate results could suffer undue mental anguish or make medical decisions that were unnecessary. The company stopped selling its personal genome test in the United States but continued to offer tests for people to learn about their ancestry.

In 2015, the FDA allowed (PDF) the company to offer its test for Bloom syndrome, a rare inherited disorder that puts people at risk for cancer.

The test approved by the FDA today is different from what was being marketed by 23andMe in 2013.

People who get a positive result for one of these conditions may want to talk to a family doctor for another opinion or see a genetic counselor who specializes in such tests, experts say. There are 26,000 genetic tests available for 5,400 conditions.

Experts suggest you get tested if you have a family history of a certain disorder.

23andMe said it will continue to work with the FDA to get its tests approved for other diseases. With Thursday's approval, it is likely that more at-home genetic tests will be approved from other companies.