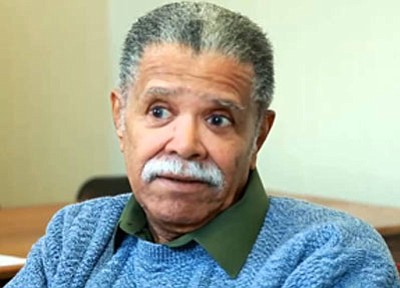 Historian Louis S. Diggs has researched and published 11 books covering much of the history of all 40 African-American enclaves in Baltimore County. He along with his son Blair will share the rich history of these communities on Sunday, April 29, 2017, at the recently transformed Cherry Hill African Union Protestant Church in Granite at 10 a.m.

BALTIMORE — The Diggs-Johnson Museum will host a power point presentation on the 40 historic African-American communities of Baltimore County on Saturday, April 29, 2017.

The 10 a.m. event at the recently transformed Cherry Hill African Union Protestant Church in Granite, will include a presentation by Blair A. Diggs, a board member and son of local historian and museum namesake Louis S. Diggs.

The event is sure to draw on, Our Struggles, the eighth book by Louis Diggs which documents much of the history of the 40 communities that include Overlea, Chase, Bengies, Back River Neck Road in Essex, Goodwood/Hyde Park in Essex, Hopewell Avenue in Essex, Norris Lane in Dundalk, and Edgemere.

For example, Cherry Heights, developed in 1909, started with 156 lots, and by 1915, only six dwellings stood. The streets that made up the community in Overlea included Hazel Avenue, Linden Avenue, Beach Avenue, Cherry Street, Apple Street, First Street, Second Street and Third Street.

The only African-American church in the community is Emmanuel Baptist Church on Linden Avenue, which was established in 1928.

Known by many because of the large outdoor movie theater that stood for years, Bengies is located a short distance from the Martin Airport and has been the home of African-Americans since the slavery era.

The presentation will include the other communities as well, Diggs said.

A 20-year retired Korean War veteran who retired after an additional 19-year career in civil service, Diggs said he was convinced by his four sons to become a role model at Catonsville High School, which he did in 1990 by becoming a substitute teacher. He eventually taught a class in genealogy.

“In this class, I found that the African-American students from the Winters Lane area were unable to find any information as to when their community began, and very little information of the growth of it,” he said. “When the class ended, these students asked me if I could help them find some of the history of the Winters Lane community. I accepted their call for help.”

Diggs’ research began in earnest and with the assistance of Lenwood Johnson, a planner with Baltimore County, he published the history of the African-American communities in the county.

After nearly 25 years, Diggs has researched and published 11 books covering much of the history of all 40 of the African-American enclaves.

“On April 29, I will assist my son, Blair, a board member, who will share this rich history with a PowerPoint presentation and brief talk on the history of all of the 40 communities with a question and answer period during the activities at the Diggs-Johnson Museum,” he said.

Anyone planning to attend should apply for a parking pass and avoid parking on the adjacent Offutt Road. To request a parking pass, email louisdiggs2@verizon.net. There is limited parking at the museum.