Does saturated fats clog your arteries? Controversial paper says 'no' 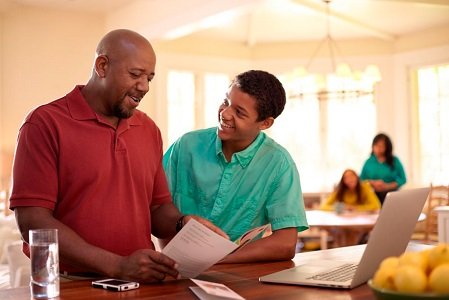 (CNN) — It is common knowledge supported by health experts, the American Heart Association and the World Heart Federation: Eating saturated fats will cause plaque to build up in the arteries, which then harden, and ultimately leads to coronary heart disease. To prevent heart disease, the association and federation both recommend a diet low in saturated fats, the animal-based fats found in beef, pork, chicken, butter and cheese, among other foods.

But in an editorial published Tuesday in the British Journal of Sports Medicine, three cardiologists say saturated fats do not clog arteries and the "clogged pipe" model of heart disease is "plain wrong."

The authors write that eating saturated fats is not associated with either coronary heart disease, ischemic stroke, type 2 diabetes, death from heart disease or early death in healthy adults, referencing a meta-analysis, or review of previous studies, to support their claims. Critics of the editorial noted that the meta-analysis is based on observational data, and is not considered conclusive by general scientific standards.

"This idea that dietary saturated fats build up in the coronary arteries is complete unscientific nonsense," said Dr. Aseem Malhotra, first author of the new controversial editorial and a consultant cardiologist at London's Lister Hospital, in an email to CNN.

According to Malhotra and his co-authors, Dr. Rita Redberg, a cardiologist at UCSF School of Medicine in San Francisco and Dr. Pascal Meier, a cardiologist at University Hospital Geneva, healthy people can effectively reduce risk of coronary disease by walking 22 minutes a day, minimizing stress and eating "real food."

Saturated fat in itself is not a problem, they say.

Critics question the merits of the editorial noting that it is not based on any new research. Among them, Dr. Mike Knapton, associate medical director at the British Heart Foundation, referred to it as an opinion piece, calling it "unhelpful and misleading." He said in a statement, "decades of research have proved that a diet rich in saturated fat increases 'bad' LDL cholesterol in your blood, which puts you at greater risk of a heart attack or stroke."

As described by the American Heart Association, a heart attack or a stroke can begin when plaque -- cholesterol, fat, cellular waste and other substances -- accumulate in the arteries, effectively "hardening" them, a condition known as atherosclerosis. Wherever plaque builds, two things can occur: a blood clot can form or a piece of the plaque can break off and block the artery.

"Coronary artery disease is a chronic inflammatory condition," said Malhotra. It is inflammatory processes that contribute to deposits of cholesterol within the artery wall and formation of plaque, he and his co-authors say. Plaques rupture in the manner of a pimple and this is what can cause a heart attack or stroke.

Coronary disease does not resemble a "clogged pipe," they say. Evidence of this, they say, is contained in a series of studies which found that using stents to open arteries narrowed by plaque fails to prevent heart attack or reduce mortality.

Plus, higher fat diets do not show saturated fats to be detrimental to coronary artery health.

For example, a Mediterranean diet supplemented with at least four tablespoons of extra virgin olive oil -- which contains 14% saturated fat -- or a handful of nuts each day achieved a significant 30% reduction in cardiovascular events in over 7,500 high-risk patients, noted Malhotra and his colleagues referencing the Primary Prevention of Cardiovascular Disease with a Mediterranean Diet study, known as the PREDIMED study. And, the Lyon Heart study showed that adopting a Mediterranean diet improved outcomes for both recurrent myocardial infarction and all-cause mortality, noted the authors.

Not everyone agrees with this interpretation of the two studies.

"The evidence cited to support that saturated fat does not increase the risk of CVD does not really support the claim: the PREDIMED study did not investigate differences in fat or saturated fat intake, the Lyon Heart study actually showed a beneficial effect," Dr. Gunter Kuhnle, an associate professor in nutrition and health at University of Reading, wrote in a published commentary.

Others believe evidence to support the claims of the authors is generally lacking.

According to Dr. Frank Sacks, former chair of the American Heart Association's nutrition committee, "the editorial is misleading, ignoring a large database of highest quality evidence that saturated fat does cause atherosclerosis, and does so in large part because it increases LDL-cholesterol." LDL cholesterol is "bad" cholesterol, responsible for plaque build-up in the arteries, while HDL cholesterol is "good," because it is able to clear away some of the build-up, according to the American Heart Association.

In an email, Sacks wrote that the authors used an "obsolete methodology" in their analysis. Studies that use a more sophisticated method of analysis consistently show lower cardiovascular disease rates when unsaturated fats replace saturated fats, he said.

The U.S. Department of Agriculture's food guide explicitly recommends you eat more unsaturated fat than both saturated and trans fats to reduce your risk of heart disease.

Unsaturated fats are the plant-based fats found in nuts, seeds, olives and also in fish. At room temperature, unsaturated fats are oils. Trans fats, which were once commonly found in snack foods, cakes, cookies, icings and margarines, are synthesized by adding hydrogen to vegetable oils. They were added to foods to prevent spoilage and to create better texture, yet the Food and Drug Administration ruled artificial trans fat as unsafe in 2015 and gave food manufacturers three years to remove them from their products.

Malhotra nevertheless maintains his position, noting "it's not the saturated fat that's the problem."

There's no association between eating saturated fats and heart disease among healthy people and no benefit found when fat and saturated fat are reduced in people with heart disease or people who have had a heart attack, he added.

For people over the age of 60, said Malhotra, "LDL cholesterol is not associated with cardiovascular disease and is inversely associated with all cause mortality." He added that the No. 1 risk factor for heart attacks is "insulin resistance, driven by a number of dietary factors especially increased sugar and other refined carbohydrates."

In other words, it's not the meat, which contains less than 10% saturated fat, in your burger that's the problem, noted Malhotra. It's the bun, the French fries and the sugary drink that washes it all down, he said.

Not that he condones eating excessive amounts of red meat, which may be a separate issue, he said. The main culprit, though, is industrial processing of food.

"The processed foods that people perceive to be high in saturated fats are in fact loaded with sugar, other refined carbohydrates and industrial seed oils (commonly known as vegetable oils) which are also now implicated in being pro-inflammatory and linked to heart disease, cancer and dementia," said Malhotra. And so, he recommends eating real food as opposed to processed.

Sacks remains unconvinced. "This 'real food' recommendation is not a scientific approach," he said.

Malhotra said "you don't need to worry about eating foods high in saturated fat" if you follow the recommendation put forth in the editorial: Exercise, minimize stress, and eat healthy foods.

"I follow my own advice which is to base your meals on the most beneficial components of the Mediterranean diet, with a base fat of extra virgin olive oil, lots of fibrous vegetables, nuts and oily fish, eat very little refined carbs and sugar," said Malhotra.

Moderation may be warranted here, as suggested by Dr. Gavin Sandercock, who is the director of research at the University of Essex and a reader in clinical physiology. He said, "In moderation as part of a mixed diet, there is no single food item that is bad for you, and no single nutrient should be thought of as 'healthy or unhealthy' -- this is true for fat, protein and carbohydrates."