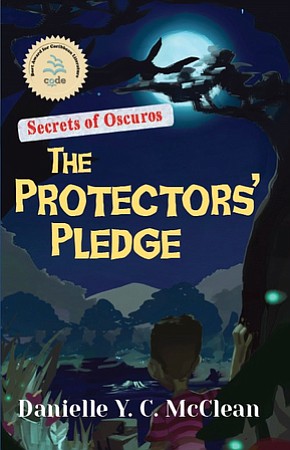 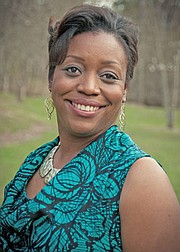 Danielle Y.C. McLean is a third-place winner of the CODE 2016 Burt Award for Caribbean Literature—the largest prize for Caribbean children’s literature for her children's fantasy adventure book, "Secrets of Oscurus: The Protectors’ Pledge."

A third-place winner of the CODE 2016 Burt Award for Caribbean Literature (the largest prize for Caribbean children’s literature), The Protectors' Pledge is a fast-paced adventure set deep in a Caribbean forest with JV, a twelve-year-old hero who must risk everything to save the forest and his village.

McClean breathes life into the exciting story, which is centered around JV who can't wait to spend his vacation exploring the Oscuros Forest. Everyone in the village of Alcavere believes the Oscuros Forest is a place to be feared, inhabited by dangerous and magical beings. But JV is not afraid, even after his first trip into the forest brings him face to-face with a mysterious creature.

Then the disappearance of one of their own shakes the village and JV joins the search. He finds himself deep in the Oscuros Forest on a rescue mission and committed to a promise, which the Protectors of the forest insist he keeps, no matter how dangerous things get.

Can JV complete his daring quest even as he uncovers in the process, a shocking secret that will force him to question everything he thought he knew?

“Writing The Protectors' Pledge was a labor of love to celebrate and share my Caribbean heritage with children in an exciting and engaging way. To win a CODE 2016 Burt Award for Caribbean Literature means I achieved that goal and inspires me to keep moving forward on my journey as an author,” said McClean.

Danielle Y. C. McClean was born on the Caribbean island of Trinidad in a home where books were valued and plentiful. Though she went on to earn advanced degrees in French and Spanish translation as well as a law degree, she retained a love of books and a desire to become an author. In 2016, her debut novel, Secrets of Oscuros: The Protectors’ Pledge, won a CODE 2016 Burt Award for Caribbean Literature. McClean lives with her husband and two children in Tennessee, where she is a translator, interpreter and Spanish teacher.

The Protectors’ Pledge is published by CaribbeanReads Publishing. E-books and print books are available for purchase at select bookstores and all online booksellers.For more information, visit: www.daniellemcclean.com.