Life in Baltimore: A look at the crisis in black education, Part II 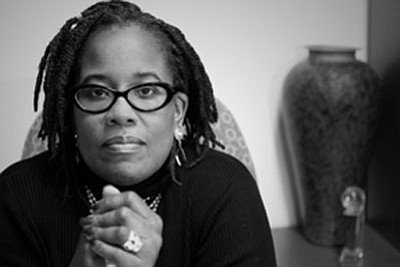 The discussion continues about the crisis in black education set by the Association for the Study of African American Life and History (ASAALH) as the theme for 2017. In part II, the issues are addressed by Dr. Karsonya Whitehead, associate professor of Communications and African, and African American Studies, Loyola University Maryland and the author of “Letters to My Black Sons: Raising Boys in a Post Racial America.”

BBJ: Do you think there is a crisis in black education?

KW: Absolutely, and it is as much a part of our history [as] slavery, freedom, racism and struggle. Unfortunately, with the twisted and horrific legacy of chattel slavery and the intentional work that was done by the white community to justify the inferior and inhumane treatment of black people, education was legally denied to black people. It was in 1740 that South Carolina passed the first laws making it illegal to teach enslaved people how to write. It slowly began to spread throughout the south and later included reading after Nat Turner’s Revolt in 1831. These laws, which lasted well over three decades, made it illegal to read, write and reflect.

As free black communities began to thrive in cities like Philadelphia, New York, Baltimore and Salem, literacy rates within these communities began to rise. Even with this effort to educate free black people, the impact of deliberately withholding education from millions of enslaved people coupled with the growing nature of racism has had a long-term deleterious impact on the black community. This is one of the reasons why Dr. Carter G. Woodson, founded Negro History Week, as a way to teach children about the rich and important history and contributions of black people to this country. We are now well into the 21st century and the problems continue— and in some places have gotten worse.

This is why our 2017 theme is “The Crisis in Black Education.” We want to draw attention to the ongoing problem and lend our voice and our resources to fight to end it. A crisis demands our attention, alerts us to the danger, and then forces us to confront and solve the problem.

BBJ: What are the main issues facing the education system especially in urban areas?

KW: The major problem, which is at the heart of what’s wrong with the current education system, is inequality.

Unfortunately, like everything else in America, the more money you have the better your quality of life and the more choices you have. The crisis in black education is situated within economically challenged black and brown, and in some cities, white communities. This exists in the public schools across the south and in the north. There are cities where black and brown children continue to fall behind in test scores and reading levels. This of course, has not gone unnoticed and there is— and has been for quite a while— civil rights litigation trying to confront and solve this problem. It’s larger than just unequal resources— it’s about unequal access to a quality education. It’s about the lack of preparation to help black and brown children get the skills they need to navigate and negotiate through this system.