The remarkable history in your cereal bowl 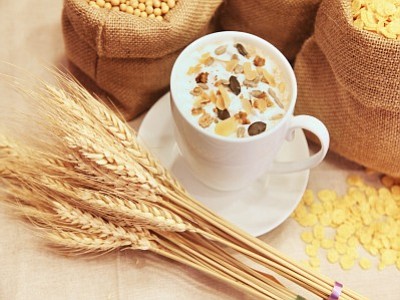 This morning, more than 350 million people devoured a bowl of Kellogg's Corn Flakes. All told, more than 128 billion bowls of Corn Flakes are consumed each year. While perusing the cereal box, peering over the bowl and gripping a spoonful of the stuff, few of these sleepy diners know that two men created those famously crispy, golden flakes of corn. John Harvey Kellogg, one of America's most famous physicians, and Will Keith Kellogg, John's longtime lackey and whipping boy, were brothers from the Michigan hamlet of Battle Creek. Together, they introduced and mass-marketed the concept of "wellness."

And in so doing, they transfigured breakfast.

In early 1906, at the advanced age of 46, Will Keith Kellogg acrimoniously left his brother John's employ at the famed Battle Creek Sanitarium, a medical center and grand hotel -- a "university of health" that treated the wealthy ill and the worried well and promoted wellness or, as the doctor called it, "biologic living."

Will marched across the street and founded the Battle Creek Toasted Corn Flake Company, the original name of the Kellogg Company, which today enjoys more than $14 billion a year in net sales of breakfast cereals, snacks and other manufactured foods in 180 nations around the globe.

Flaked cereals were initially developed by the Kellogg brothers as a health food for "invalids with poor digestion." Dr. Kellogg specialized in treating people with chronic flatulence, constipation, indigestion, all from consuming of the then-typical American diet of greasy fried foods, salted or cured meats, creamed vegetables, spicy pickles and condiments, and too much caffeine and alcohol. No wonder Walt Whitman once called stomachaches "the great American evil."

Will's genius was to recognize that there were far many more people looking for a nutritious and convenient breakfast, so he substituted tasty corn for the bland wheat originally used, added some salt and sugar against the doctor's prescription, and came up with Corn Flakes.

The dawn of 'processed food'

Will was a serious student of the "science" of business, whether he was publishing his brother's books and magazines, selling the foods and health products John invented, running the Battle Creek Sanitarium or manufacturing cereal. He methodically analyzed, applied and adopted efficiency techniques and business systems espoused by the best commercial gurus of the day.

For nearly a quarter of a century, while John enacted one scene after another of fraternal dominance, the quiet, stolid Will was doing far more than merely taking orders. He was preparing to become a renowned captain of industry. Just as Henry Ford was figuring out the economies of scale to sell the millions of automobiles rolling off his vaunted assembly line, Will Kellogg revolutionized the administration of the modern medical center and, later, the mass production and marketing of "processed food."

Will tirelessly persuaded American grocers to carry his products and consumers to relish his cereals. Heralding breakfast as "the most important meal of the day," Will made the hectic mornings of beleaguered mothers and fathers so much easier by providing a quick, convenient, healthy, nutritious breakfast they could simply pour out of a box and into a bowl. He was an early adopter of the newly created field of mass advertising and invested millions of dollars in a neverending barrage of colorful and attractive ads, slogans and jingles, cartoon characters and, when radio and later television took the nation by storm, entertaining shows and commercials. He was quick to recognize and target youngsters as the demographic group most likely to hunger for his products, as they hunted for the prizes he cleverly placed in his cereal boxes.