Amazon eyes yet another industry: education 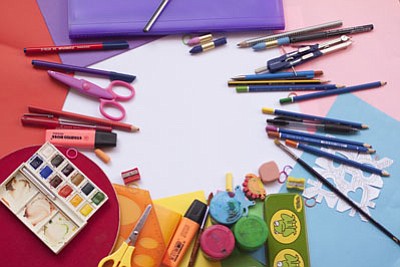 Amazon has already disrupted traditional retail and its recent acquisition of Whole Foods suggests it could change the way we grocery shop, too.

But following in the footsteps of other tech giants like Google and Apple, the company is also quietly coming for the classroom.

Amazon on Wednesday announced a new tool for teachers that helps design a writing curriculum for elementary students.

The tool, called TenMarks writing, is aimed at fourth to sixth graders for now and hopes to roll it out to older students soon. It includes short writing exercises, teacher resources like lesson plans and assignments, and a digital assistant that personalizes feedback to individual students. It'll help them write a paper and gives suggestions, like flagging when they've used the same word a few times.

The curriculum, which costs $4 per student for a year, has already been tested in several classrooms in the U.S. over the past year.

Amazon acquired TenMarks, an online education company focused on math, in 2013. The company's other educational offerings include Amazon Inspire, which has free resources for teachers and educators such as lesson plans and worksheets.

The move is the latest effort from a big tech company to get into the education space. In 2016, U.S. sales of mobile PCs and tables purchased for kindergarten to 12th grade classrooms rose 18% to 12.6 million units, according to Futuresource Consulting. Google Chromebooks accounted for 58% of those sales last year and continues to lead the market.

Related: Why Google, Apple and Microsoft are battling for education

Apple's new $329 iPad was also a hit in education during the second quarter of this year.

Earlier this year, Microsoft unveiled a new and cheaper Surface laptop and a special version of Windows 10 for students.

"Devices like laptops or tablets are a large and clear market for tech companies because any school-based technology needs a hardware platform to operate," said Thomas Arnett, senior researcher at the Clayton Christensen Institute, a nonprofit think tank.

"However, learning software and platforms for accessing online materials are the technologies that are going to really transform education," he said.

But the challenge is getting those technologies right and understanding teachers' needs.