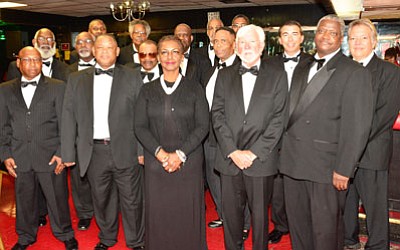 BALTIMORE — Hello everyone! Hope you have enjoyed your summer so far as much as I have, but it is not over yet. I first want to give my condolences to my fans, friends and family who have lost a loved one this summer; know that they are in a better place and hopefully the family can heal soon. I believe you can do this by going out and enjoying good music and live entertainment with people who are dancing, laughing and having fun. Life is so short, live it like there is no tomorrow in a positive way.

Now, let’s talk about this Vegan SoulFest. Have you ever been? Honey child it is awesome! It takes place on Saturday, August 26 from noon to 7 p.m. at the Baltimore City Community College located at 2901 Liberty Heights Avenue in Baltimore. It’s free and open to the public. You can check out some of Baltimore’s retail vendors for delicious food and great local vegan products; speakers and demonstrations, entertainment for the whole family. The festival will also feature vegan food, nutrition experts, vegan cooking demonstrations and giveaways. Animals are prohibited on campus, so leave them at home! 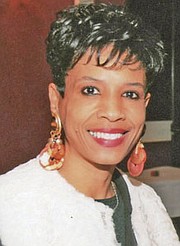 Journalist and playwright Ursula V. Battle, returns for encore Dinner Theater performances of her play, a romantic comedy “For Better or Worse” on Saturday, August 26, 1 p.m. and 6 p.m. and August 27 at 3 p.m. at the “One God One Thought Center for Better Living,” located at 3605 Coronado Road in Windsor Mill, Md. For ticket information, call 443-531-4787.

The Whatnauts, a Baltimore National recording 70’s R&B singing group is back! The group’s whose hits include: “I’ll Ease Away Your Pain,” “Why Can’t People Be Colors Too?” and many more will perform in concert on Saturday, August 26 at 8 p.m. at the Patapsco Arena, 3301 Annapolis Road in Baltimore. The original members Carlos “Billy” Herndon, Garnett Jones Ray Mitchell and Tommy Fraling. For ticket information, call 410-262-6604 or contact T-Shirt Brian.

Let me tell you my friends, there is nothing like a good festival especially when there is live entertainment included. I try to go to as many as I can to support the communities. One musical festival I attended recently just blows my mind because of the acts. There were musicians and singers that I have not seen in years. I had the pleasure of booking and managing many of them back in the day. If you are not over 60-years-old, you may not know how much these groups controlled our lives in a positive manner from the doing the 40s through the 70s. The line-up looked like this: Barbara Washington; The Young Bucks; The Dynamic Superiors; Winfield Parker; Ronnie Dove; The Swallows; The Orioles; The Clovers; The Crests; The Limelites; The Charts; The Dubs; Peaches & Herb; and The Drifters, just to name a few.

The show was going great and everyone was having a good time until suddenly before the last six acts were introduced on the stage, the sound man, the musicians started packing up their equipment in the middle of the show. The show was produced by this “so called” promoter Peter Lemongello, Jr. and his father and a local “so called” promoter Mildred Russell, the widow of the lead singer Albert “Diz” Russell of “Sonny Til’ & the Orioles out of Washington, D.C. sneaked out of the Lamont’s Entertainment Complex in Indian Head, Maryland where the event was held with a State Trooper escort without paying the artists and the soundman. Terrible situation! I have a lot more to say on the subject, but not enough space. I am so furious that these “so called” promoters take advantage of our musicians.

One more thing I want to mention, the Jazz Expressways Foundation Breakfast Fundraiser is coming up on Saturday, September 9, 2017 from 10 a.m. to 2 p.m. at the Forest Park Senior Center, located 4801 Liberty Heights Avenue in Baltimore, with live entertainment featuring Anthony “Swamp Dog” Clark, a down home blues band doing a mixture of some R&B and Jazz; a full buffet breakfast, free set-ups, BYOB, dancing and vendors. If you are interested in being a vendor for this event or want tickets please call me.