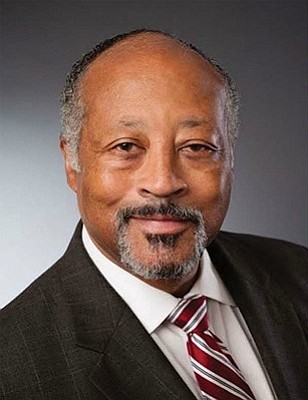 It has been a good span of fair weather in the Gulf Coast of the United States. However, that lull has ended. After 12 years, a major hurricane has landed on the shore lines. Hurricane Harvey has swept through the southeast coast of Texas including metropolitan Houston. It appears that a continuation of the storm will rebuild off shore and then move on into Louisiana. Prudently, the Governor of Louisiana has declared an emergency and it was quickly approved by President Trump. In contrast to Katrina, local, state, and federal government seem to have their act together.

When this is over, the rebuilding will begin. Billions of dollars will be involved in the process. Contractors from all over the nation and perhaps some international firms will be coming in to compete for the myriad of contracts. Every home with water damage will have to be “gutted” and retrofitted with new wirings, drywall, roofing, plumbing, etc. Warehouses, department stores, schools, etc. will need the same makeovers. From our lessons from Katrina we must be organized, vigilant and unrelenting in making sure our businesses will receive their share of opportunity.

There will be excellent opportunities for apprentice programs to train people who are unemployed to enter the workplace. Both Texas and Louisiana are right to work states so therefore we don’t have to worry about racist construction unions trying to apply their Project Labor Agreements. They are going to try but no one in Texas and Louisiana is going to give them the time of day. My phone is ringing off the hook already. People wanting to know what the process is. That is to be determined and from our experiences with Katrina we are going to do this with precision. Let’s hope!

It would be helpful to reflect on the Katrina process. First, the local officials of Louisiana were in disbelief about the magnitude of Katrina. It was doing a “bee line” straight to New Orleans and the local officials would not sound the alarm. There was no evacuation order given in time for the city to mobilize. There were hundreds of school buses that could be used to form an organized evacuation heading north to higher land. Unfortunately, the order was not given and the storm hit the city with full flurry. What were they thinking!

History has shown that New Orleans is in a very vulnerable place when it comes to flooding. History shows that political leaders will protect the commerce of the French Quarter of the city at any costs. Back in the 1930’s when there was a great flood flowing down the Mississippi River and heading to New Orleans the government decided to use dynamite to blow up a levy and redirect the flooding waters through Plaquemines Parish to save the New Orleans French Quarter. During Katrina, when the levy broke and diverted the deluge into the 9th Ward, many believed it was a similar process and mindset. That is still being debated.

Fortunately, we will not have that type of decision to make this time. During the Katrina clean up Black voices and concerns were not heard. In the beginning, the Army Corps of Engineers started slinging major contracts without a fair bidding process. They were handing them out to some of the largest companies in the world like they were dealing them out at a card table. When Congresswoman Barbara Lee, representing the Congressional Black Caucus, demanded to see a minority participation report the Corps sent a report that showed plenty of minority participation. I studied this and concluded it was a sham. They grab some Alaska Native Corporations to front on some of the major contracts. All they were doing was fronting for the major construction companies who were passing out the subcontracting to their “friends”.