Stranded hurricane survivors use Zello app to get help 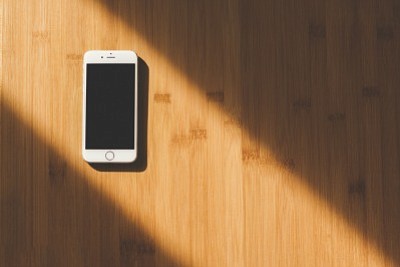 "Elderly couple trapped on roof at this address."

"We're three volunteers looking for anyone with boats that we can jump on and help, over."

These are just two of the messages that came through the walkie-talkie app Zello in one minute on Monday.

In communities ravaged by Harvey, floodwaters have left people stranded on rooftops, relying on rescue from volunteers and first responders. Smartphones are their lifelines.

On Zello, the volunteer organization Cajun Navy -- founded in 2005 following Hurricane Katrina -- is mobilizing rescuers through a channel called "Texas search and rescue."

The push-to-talk app lets users send voice messages to different channels that can be heard from anyone listening to the channel. Stranded victims are uploading messages asking for help, while volunteers are talking to them directly, letting them know when help is on the way.

People can also talk to each other in private chats.

Listen for a few minutes and you can understand how dire the situation is for families trapped in their homes.

The relatively unknown communication app is one tech tool groups of volunteers are using to find people in need of rescue. Neighbors, out-of-state volunteers, and even reporters are rescuing stranded residents in Houston and other areas of Texas to assist overburdened first responders.

Many people are also using social media to ask for assistance, including Twitter and Facebook. While rescuers use this data to help find folks who need help, groups have also developed a grassroots data effort to collect information about victims and to let people know when they're safe.

The Cajun Navy has created an interactive map called "Hurricane Harvey Rescue." Those in need of help fill out a Google form and indicate their location. The map populates with the names and locations of people who need rescuing and notes who has been rescued.

Team Rubicon, a nonprofit that brings veterans and first responders to disaster zones, is also using the map to chart out where volunteers are most needed.

The organization, created in response to the 2010 earthquake in Haiti, has a network of over 50,000 volunteers. About 20 volunteers will be on the ground in Texas by the end of the day on Monday.

Team Rubicon's robust data collection and analysis is a sophisticated way of maintaining communications and organizing people's information in times of crises.

David Burke, the vice president of programs and field operations at Team Rubicon, said his organization is compiling data from social networks and the crowdsourced map. The team then cross-references public data with the Social Vulnerability Index, a government resource that uses education, income, rental rates, access to healthcare, and other factors to determine the resiliency of an area.

"This morning when we got up, we were looking at about 600 requests for rescue in the area -- and right now we just crossed over 1,400," Burke said.

During rescues, teams use mobile devices to collect data and share it with local jurisdictions.

FEMA has established guidelines for collecting information about people affected by natural disasters, and some of that data is still collected on paper. Team Rubicon uses mobile forms to automatically upload the data to Excel spreadsheets. It can share this data with law enforcement and policymakers to quickly determine where assistance is most required.

A completely tech-oriented operation means data is uploaded automatically; it's a time saver and more reliable than paper which can become damaged or misplaced.

"Mobile collection is, or can be, immediately uploaded to the cloud and begins to paint the picture necessary to apply resources where they can be most effective," he said.

On Monday, the group got a call from the Texas Department of Emergency Management to help with the damage assessment information collection for the Victoria, Texas area.

That data will be used to help determine allocation of federal aid.

"We are trying to share that information early, so people aren't out trying to recollect and reassemble the picture two to three months from now in Houston," Burke said.