Turkeys in the White House 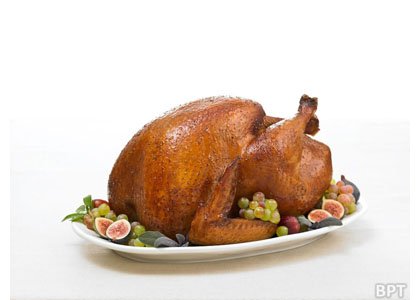 Satire in the Time of Trump is becoming really tricky. Just when a satirist believes that he or she has the kernel of a silly or outrageous extrapolative idea, this administration jumps in front of it and even outdoes it. From Saturday Night Live to stand-up comics to the Onion to Andy Borowitz, it’s getting more dicey by the day.

For instance, I was chuckling grimly to myself as Thanksgiving approached, creating an SNL bit in my mind where Trump overturns the pardons of last year’s turkeys by Obama. Hahaha, I thought, that would spoof Trump’s outrageous assaults on all that is decent in health care and environmental protection that Obama did via Presidential Findings.

Then Trump actually said that he tried to overturn Obama’s pardons for last year’s turkeys. Trump thought that was darn funny. My blood ran cold. This man’s sense of humor must have been surgically implanted by a really stupid robot improperly programmed in a middle school, shop class. This is a fellow who believes his wit is the height of caps when he calls a foreign head of state short and fat or yuks it up with cops about brutality.

I’m American, approximately Trump’s age and I’m a white guy so I’m feeling embarrassed and apologetic when I’m not feeling apoplectic at the snake pit into which we’ve cast ourselves.

The Deadbeat Prez! It’s so rampant the makers of Embarrassmints cannot keep them in stock.

Hurry, Mueller, please. Bring charges, snip the Putin Puppet strings, and strip this sorry excuse for a public figure of all title, wealth, power and comfort. Can you manage? Will my $5 donation help? I could do $10 if you could jam on the gas. I know my annual donations to worthy causes aren’t enough but on a percent basis I am confident they overtop Trump’s. You can have some of my zip ties; they make great handcuffs.

We’ve seen this country sink faster than a granite block in water and there is no bottom in sight. I have a friend who is one of the world’s top climate scientists and he is trying to convince us all to get busy. I have another friend— two friends actually, who are heading to prisons for nonviolent resistance to climate chaos greatly exacerbated by the astonishingly poor decisions and inept presidential orders we have seen launching off the Oval Office desk.

Who raised this cringe-worthy one? Does he have a daily quota of groups and individuals he intends to offend?

It’s all I want for Christmas. Make us all grateful. Bring down this failed and dangerous administration— quickly. His fingers may be tiny but they have been in all the wrong places and cannot get near the nuclear football.

Dr. Tom H. Hastings is a scholar of civil resistance and PeaceVoice Director.