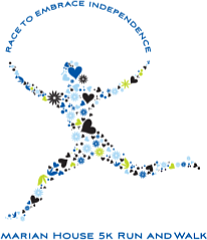 BALTIMORE — Twenty-two newly renovated apartments in the Pen Lucy neighborhood of Baltimore City are ready for its first residents, all of whom were previously homeless, to move in this December.

Of the recent expansion, Marian House Executive Director, Katie Allston LCSW-C, states: “We are thrilled to expand the number of units we manage and the number of people we can help while simultaneously creating a campus in which staff and residents can build community. Supportive communities save lives!”

Since opening its doors to serve more than 35 years ago, Marian House has provided housing and supportive services to over 1,800 women through its transitional and permanent housing programs. The organization has become known as a leading housing organization serving women and children within a structured and holistic, healing community.

In addition to the 22 units, The Harry and Jeanette Weinberg Building at Independence Place will also include community meeting rooms as well as office space for Marian House case management staff. Marian House will hold the building’s grand opening on Wednesday, Dec. 6th from 3:00 to 6:00 pm.

For more information about this project and/or Marian House, please contact Meg Montone, Director of Advancement, at 410-467-4250 or mmontone@marianhouse.org. To attend the Dec. 6th Grand Opening Event, please RSVP to events@marianhouse.org by Thursday, Nov. 29, 2017.

Marian House is a non-profit located in the Better Waverly and now Pen Lucy neighborhoods of Baltimore City that provides high-quality rehabilitative services and housing to women and their children. Founded in 1982 as a joint project of the Sisters of Mercy and the School Sisters of Notre Dame, Marian House was originally created to serve women being released from jail to rebuild their lives with housing and support. Today, key services Marian House provides include transitional and permanent housing, employment assistance, life-skills training, rehabilitation counseling, financial guidance, education, family reunification, and more. www.marianhouse.org.