Baby is first to be born in US after uterus transplant, hospital says 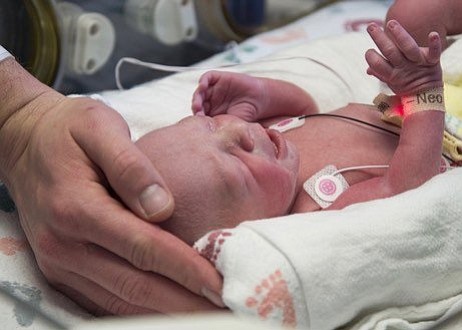 A baby born at a Texas hospital is the first in the US to be birthed from a mother who had received a uterus transplant, according to the Baylor University Medical Center at Dallas.

The hospital has not revealed many details surrounding the birth, including when the baby boy was born. The patient and her family have also asked for privacy at this time, according to the hospital.

Giuliano Testa, the principal investigator of the uterine transplant clinical trial at the hospital called the birth a "milestone" and "a beautiful moment of love and hope for a mother who had been told she would never be able to carry her own child," in a statement.

The transplant was carried out as part of a clinical trial to study new infertility treatment options for women who don't have a functioning uterus. This could be because the women were born without the organ, lost the uterus or has one that no longer functions.

It's an irreversible condition, called uterine factor infertility, affecting as many as 5% of women worldwide.

The world's first baby born from a transplanted uterus was born at the University of Gothenburg in Sweden back in 2014. A 36-year-old woman gave birth after receiving a uterus transplant from a 61-year-old, unrelated donor.

Since then, the Swedish hospital has had a total of eight babies born to mothers who've received uterine transplants.

The Baylor team had input from the Swedish researchers in its current clinical trial.

Last year, Baylor researchers performed the first living donor uterus transplants in the US in four women. The procedure was unsuccessful for the first three patients, who had the organs removed.

The Cleveland Clinic performed the first uterus transplant in the US in February 2016, but the patient developed complications and the organ was removed.

How a uterus transplant works

The women selected for the study had to be healthy with working ovaries. Before the surgery, a recipient undergoes in-vitro fertilization to retrieve eggs from her ovaries. Her eggs would then be fertilized in the lab with sperm.

After that, she receives a uterus and cervix transplant from the donor.

For a year after the transplant, the medical team checked to see how the recipient's body reacts to the new organ. If all goes well, an embryo is transferred to the transplanted uterus and then closely monitored until a cesarean delivery.

The transplanted organ is not designed to be permanent, since recipients have to take anti-rejection drugs. After the first or second pregnancy, the donated uterus is to removed.