Need for a cultural shift on gender-based violence! 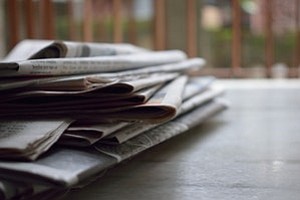 November 25 kicked off the annual 16 Days of Activism against Gender-based Violence. At no time has this work been more necessary than now. From rampant sexual harassment to sexual assault, domestic violence and sexual trafficking, women across the globe and in the United States face gender-based violence at horrifying rates.

I’d like to start with my recent personal experience, although it was definitely not the first time I have experienced it in my 45 years. I share these experiences because while there has been important attention paid lately to men in power abusing women who are their subordinates in the workplace or other realms, it’s essential to remember that “everyday” men also commit these same acts of sexual harassment, abuse, and assault.

Not because their work position affords them any particular power over a woman but because the general sense that they are entitled to do and act as they please is prevalent in how many boys and men are socialized.

Not long ago, I experienced unwanted sexual conduct from someone half my age. He had no social power over me other than the fact that he is a male in a culture in which some males are taught that things are theirs for the taking. Likewise, on my campus I have been catcalled by boys recently out of high school who feel entitled to yell repulsive things.

A 15-year-old girl that I know was harassed by much older men while wearing a caroling costume for a holiday event. This is ubiquitous, so normalized that people are surprised by all the allegations that are emerging. We shouldn’t be. Horrified, yes. Outraged, yes. But not surprised.

Here is why we should not be surprised: Statistics have long shown the scope of these problems. Studies have found that some one-third of American women experience sexual harassment in the workplace. According to the World Health Organization (WHO), nearly one-third of the world’s women have endured physical or sexual intimate partner violence. Domestic violence kills more women worldwide than civil wars.

Far more people in America— largely women— have been killed by their partners than were U.S forces in the wars in Iraq and Afghanistan, combined. American women are twice as likely to suffer domestic violence as breast cancer. In the United States, more women are injured from domestic violence than from car accidents, rapes and muggings— combined.

A woman in the U.S. is sexually assaulted every 98 seconds, according to the Rape, Abuse, and Incest National Network (RAINN). Women and young girls are sold into sexual slavery— not just overseas but on American soil. They are often recruited from websites like Backpage and Craigslist with promises of lucrative modeling or acting jobs.

More than 3,500 sex trafficking cases were reported to the National Human Trafficking Resource Center in 2016, a figure that far underestimates the scope of the problem given that most instances are not reported and a girl can be trafficking multiple times per day.

Males in powerful positions are even more able to exploit and demean women and those they see as powerless, as these people fear they will lose their jobs, their reputation, and even their lives if they resist or if they tell anyone. This is tremendously clear with the spate of sexual harassment, misconduct and assault allegations being levied against politicians, media moguls and celebrities, including but sadly not limited to Bill Cosby, Bill O’Reilly, Harvey Weinstein, Kevin Spacey, Matt Lauer, Garrison Keillor, Roy Moore, Al Franken and of course, Donald Trump.