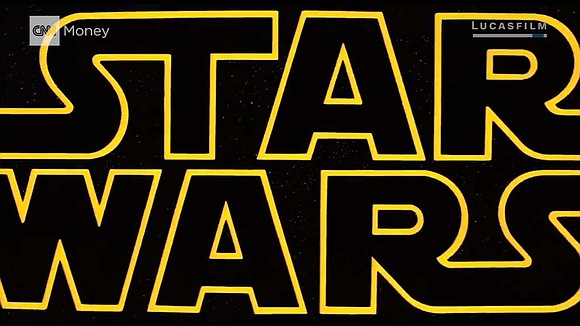 If expectations for "Star Wars: The Last Jedi" were inordinately (and perhaps unfairly) high, thank "The Force Awakens," which had a huge donut hole in the shape of Luke Skywalker at its center. Yet even with Luke integrated into the story, the film feels like a significant letdown, one that does far less than its predecessor to stoke enthusiasm for the next leg in the trilogy.

Running more than 2 ½ hours, the eighth "Star Wars" movie built around the Skywalker clan is the longest under that banner and showcases an abundance of action. But despite the enormous scope and visual spectacle, too many key components of the film -- including those that have kept die-hard fans guessing and debating -- prove unsatisfying.

To be fair, writer-director Rian Johnson delivers some genuine surprises, and has dotted the movie with its share of pleasurable moments, from disarming humor to the first space battle to callbacks to earlier films -- practically flashing a sign to ensure opening-night audiences will have opportunities to whoop and holler.

"The Last Jedi" also adds a number of new characters, most of whom feel pretty disposable with the exception of Rose (Kelly Marie Tran), a plucky rebel whose vulnerability seems well calibrated to connect with the fan base.

Still, the eagerly awaited arrival of Luke (Mark Hamill) -- with his promised tutelage of Rey (Daisy Ridley), and past role in the dark descent of Kylo Ren (Adam Driver) -- doesn't ignite as anticipated.

While "Force Awakens" did an admirable job of engineering a baton pass by establishing the new cast (the other key members being John Boyega as Finn and Oscar Isaac as Poe), "Last Jedi" bogs down in the middle and, the cooler parts notwithstanding, doesn't rally enough at the finish to offset that.

Granted, "Star Wars" has weathered past disappointments -- including the clunkier qualities of George Lucas' second trilogy -- without damaging the franchise, and the emotional investment fans have in a property that's passed from parents to their kids can't be overstated.

Like those movies, though, which produced standout moments, "The Last Jedi" feels like less than the sum of its parts. And where "Force Awakens" director J.J. Abrams nicely set the table for this sequel, this film leaves Abrams (who will reprise that role on Episode IX) with his work cut out for him. The flaws also invite second-guessing about Lucasfilm's pre-release vote of confidence by anointing Johnson as the force behind a separate trilogy set in that far-away galaxy.

In crass commercial terms, no clairvoyance is necessary to predict that "The Last Jedi" will be a huge hit, blunting any criticism. Yet if "The Empire Strikes Back" stands as the defining chapter in the "Star Wars" saga, as second movies go, "Last Jedi" ranks closer to the "Attack of the Clones" end of the gene pool.

Carrie Fisher's death last year serves as a somber footnote to the movie, and beyond her warming presence, there's a lovely dedication to her in the closing credits.

What precedes that overall, alas, represents a creative step back, not a leap forward. Optimistically, "The Last Jedi" leaves plenty of intriguing possibilities for the climactic installment. But there's also the kind of room for improvement that remind us when it comes to "Star Wars," such hopes -- new or otherwise -- spring eternal.