Lessons from the African American vote in Alabama 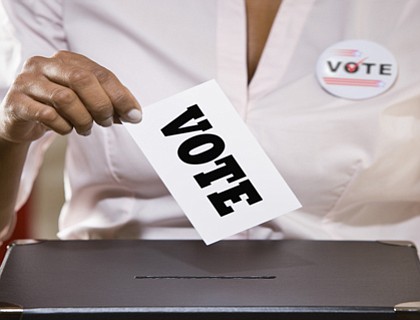 The African Americans who have convinced themselves that one vote doesn’t matter, should take a very close look at what happened during the recent special election in Alabama. In spite of the endorsement of President Donald Trump and the extremely conservative white voters who supported Roy Moore, Doug Jones, the Democratic candidate won the for the United States Senate seat vacated by Attorney General Jeff Sessions. Jones was the first Democrat elected to represent Alabama in the U.S. Senate in 25 years. How he won is very important to African Americans across this nation.

According to Nonprofit VOTE, “In all but two states, voting age citizens convicted of a felony are barred from voting for some period of time.” In Washington, D.C., Hawaii, Illinois, Indiana, Massachusetts, Michigan, Montana, New Hampshire, North Dakota, Ohio, Oregon, Pennsylvania, Rhode Island, and Utah, the voting rights of returning citizens are restored automatically once they’re released. In Florida, Iowa, Kentucky and Virginia, ex-offenders are forced to petition the government to have their voting rights restored.

African Americans are disproportionately affected by voter suppression tactics and laws, which deny ex-felons the right to vote; that’s why we should be focused on "voter registration" and not candidate endorsements at this stage of the game. We cannot allow apathy and indifference to take the place of the hard won battle for voter participation on the part of African Americans. Just as we rallied and voted for President Barack Obama, we must rally and vote against the policies and political candidates promoted by the Trump Administration. We have to do whatever it takes to defeat those who would continue to support a system of economic inequality dressed up as tax reform that ultimately harms the majority of Americans.

Jones’ victory in the special election in Alabama demonstrates that black votes matter and that black voters cast crucial votes in elections, where white voters are decidedly split— that’s the real lesson. We make our victories and define our value. Let’s not let others do that for us. Every black vote counts and can make a difference in the Deep South and across the nation.