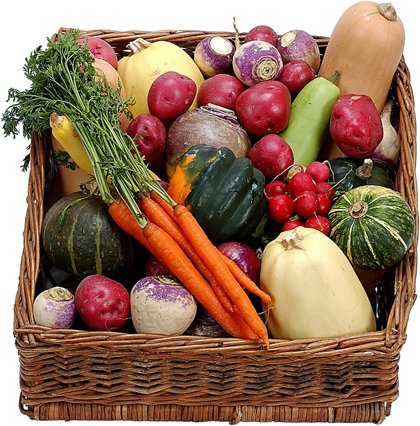 The Food and Drug Administration proposed two rules to help combat this epidemic. The first would require chain restaurants to include calorie counts on their menus. The second would update the Nutrition Facts Label— the black-and-white nutritional content box.

Some food manufacturers and restaurant groups are working to defeat these rules. Deploying their lobbyists, these firms have pressured regulators to delay implementation of the regulations.

Americans can't afford these delays. The obesity epidemic is taking a toll on our waistlines— and our wallets. Obesity puts people at risk for many diseases, including diabetes, cancer, stroke, and heart disease. Those four illnesses kill nearly 1.6 million Americans every year, and cost almost $700 billion.

Many believe the solution is to eat healthier. And yes, choosing less-processed foods and ones prepared at home is one step. But that isn't as simple as it sounds.

People can't make healthier choices if they don't know the content of their food. In one survey of 3,400 fast food customers, on average, respondents underestimated the number of calories in their meals by about 200. More than one in four underestimated by more than 500 calories. That's 25 percent of an average person's daily recommended calories.

Even when foods have a nutrition facts label, Americans have trouble interpreting the information. Half of Americans can't make out a food's sugar content. Many struggle to calculate nutrition information when a package is divided into servings.

When consumers are provided with nutrition information, they make healthier choices. Restaurant-goers who were given the calorie content of their meals plus information about recommended daily intakes consumed 250 fewer calories than those given no information, according to a Yale study.

Transparency doesn't just empower consumers to make healthier decisions. It prompts the food industry to eliminate unhealthy ingredients. In 2006, the FDA required manufacturers to label foods that contained trans fats. In response, food companies cut the levels of trans fats in their products by 80 percent.

The food industry has been fighting to block calorie counts on menus for years. The FDA first proposed the menu rule in 2010. The agency originally set the compliance date for the end of 2015. The National Grocers Association, the Food Marketing Institute, and the American Pizza Community claimed the rule would be too costly. They pressured the FDA to delay it three times.

In November, the FDA issued new guidelines for the rule, so it appears it will take effect in May 2018. But the agency is accepting comments about these guidelines, which may allow the food industry to push for watered-down regulations or another delay. That would be a mistake. Since officials started crafting the rule, the obesity rate has shot up 12 percent.

The FDA's second proposed rule would require manufacturers to print nutrition labels with realistic serving sizes and easy-to-read calorie counts. Previously, serving sizes didn't reflect how much the average American actually eats. The FDA also added a line for "added sugar." It's recommended that people shouldn't consume more than 50 grams of added sugar a day, but many popular products exceed that.

Regulators wanted the rule to take effect in 2018. But big trade associations have pressured the FDA to delay implementation. The obesity epidemic will worsen if regulators cave to the food industry. It's time for restaurants and manufacturers to tell Americans what's in their food.