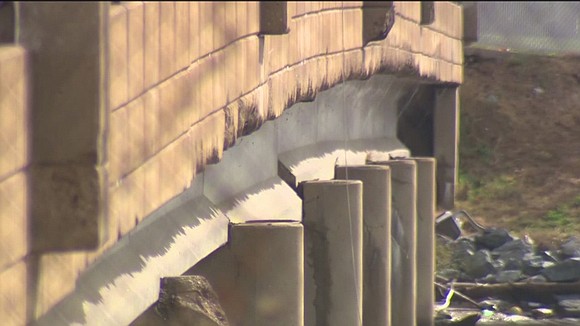 Federal grants to the city could be in jeopardy because Baltimore officials say they will defy President Trump's order on sanctuary cities. In 2015, Baltimore City received a $10 million federal grant for infrastructure improvements at the Port of Baltimore and the surrounding community. Courtesy Photo

“We don’t walk around asking people where they’re from,” Pugh said. “That’s just not our policy. We don't do that. What we want is to help people become productive members of our community. We’re a welcoming city. We want everybody here. We want to provide opportunities and jobs and careers for folks,” she said.

Trump’s executive order on sanctuary cities that protect immigrants could cut federal funding for Baltimore public schools and the city departments that serve the homeless, domestic violence victims and those with HIV. It could also mean the loss of millions in block grants for urban and other redevelopment and programs that include senior nutrition, refugee resettlement and arts grants.

In 2015, the city announced $10 million in federal grant funding for infrastructure improvements at the Port of Baltimore and the surrounding community. Down the I-95 corridor, District of Columbia Mayor Muriel Bowser said she will not turn her back on the 70,000 or so immigrants – including 25,000 undocumented – who lives in the nation’s capital. It’s estimated that at least $1 billion in federal grants that Washington, D.C. receives is vulnerable under the executive order.

“Anything that says the government wouldn’t work with cities is worrisome,” Bowser said.

“Being a sanctuary city keeps D.C. safer because it ensures that all residents can call law enforcement without fear,” she said.

Like Bowser, several mayors across the country have vowed to defy the executive order that would cut off federal funding to cities that offer some sort of protection to undocumented immigrants in their communities.

The Center for Immigration Studies, which advocates for lower levels of legal and illegal immigration, compiled a list of cities, counties and states that they consider “Sanctuary Cities” — municipalities that shield undocumented immigrants. Washington, D.C., Baltimore, New York, Boston, Chicago and others are included and Trump has pledged to punish.

In New York, where as much as $7 billion in federal funding is on the line, Mayor Bill de Blasio vowed that the action “won’t change how we enforce the law in New York City.”

De Blasio said that the city has been able to dramatically reduce the crime rate in the nation’s largest city, in part, because of relationships the police department has managed to build in immigrant communities. He told USA Today that if Trump follows through with the plan it would mean he’s effectively cutting funding from the New York Police Department. An early analysis by NYC officials suggested that about $156 million in federal funding for the NYPD could be impacted, USA Today reported.

“Here in New York City and in cities across the nation, this executive order could in fact undermine public safety and make our neighborhoods less safe,” de Blasio said.