What would Coretta Scott King do? 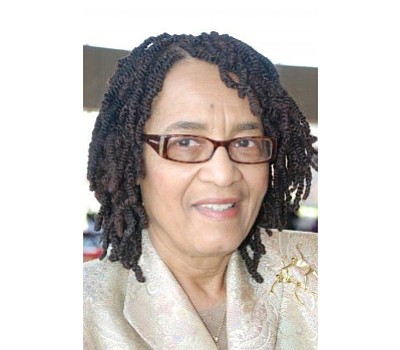 Coretta Scott King died on Jan. 30, 2006. Yet her legacy is very much alive as a coalition builder, a strategist and a moral voice that confronted detractors but insisted upon non-violent approaches, such as dialogue, protests and economic boycotts with the end goal of peaceful reconciliation. Courtesy Photo

In their own analysis, ‘60-era civil rights leaders used the term refer to a Zeitgeist, the spirit of the times, which operated from a divine dimension that summons leaders exactly when needed most. This is a perfect description of the timing of human rights activist Coretta Scott King. Her legacy is in a resurgence as people take a fresh look at those who successfully moved themselves and others forward through the heavy thicket of discrimination such as the leading ladies in the wonderful new film, Hidden Figures.

Coretta Scott King died on Jan. 30, 2006. Yet her legacy is very much alive as a coalition builder, a strategist and a moral voice that confronted detractors but insisted upon non-violent approaches, such as dialogue, protests and economic boycotts with the end goal of peaceful reconciliation.

A second look at King's legacy should focus on but go beyond her well known decades ordeal of successfully lobbying to make King's birthday a national holiday and building the Dr. Martin Luther King Center for Social Change in Atlanta. Tourists from around the role visit this site, where her crypt and that of Dr. King are located near Ebenezer Baptist church where Dr. King preached and was funeralized.

Coretta King certainly came to mind as millions gathered in Washington and in sister cities around the world last week to mount an overwhelming rebuke to President Donald Trump's anti-human rights campaign and his denigration of women, minorities, immigrants and the physically challenged. Her name was scrawled on homemade signs scattered throughout.

It is appropriate that we remember her appeal to women and her global human rights efforts-- the capstone of King's 38 year mission as she shifted from civil rights to a more global inclusive human rights agenda after the assassination of her husband, Dr. Martin Luther King Jr in 1968. A familiar slogan of hers was: "Women, if the soul of the nation is to be saved, I believe that you must become its soul." Today, it rings louder than ever.

In 1977, President Jimmy Carter appointed her a nonvoting delegate to the 32nd General Assembly of the United Nations, where she advocated for more international focus on the human rights of women. That same year in Houston, she served as Commissioner on the International Women's Year Conference where she created quite a stir over her support for gay rights, an unpopular issue at the time.

In her memoir she tells how she opposed the various women's groups at the conference who were advocating a constitutional ban on same-sex marriage. "I feel that gay and lesbian people have families and their families should have legal protection, whether by marriage or civil union. I believe unequivocally that discrimination because of sexual orientation is wrong and unacceptable in a democracy that protects the human rights of all its citizens," King wrote.

In the historic 1963 March on Washington-which catapulted Dr. King to fame--women, however, were not allowed to march with the leaders or give a major address. But without a doubt King, would have played a supportive role in the Women's march as did her daughter, Bernice King.

King was a spokeswoman for social justice causes, both large and small, writing a syndicated news column on issues from gun violence, to environmental racism, to apartheid in South Africa. She was rarely missing in action. "Sometimes you win, just by showing up," she said, often referring to her role as a ministry of presence.

King believed that it is citizen action that is crucial to the making of a president. She often said that President Ronald Reagan did not warm to the idea of a Dr. King holiday until the movement created a groundswell for it with 3 million signatures, marches, and years of lobbying Congress. He signed it on Nov. 20, 1983.

In recent weeks, several black leaders have been publicly scourged for meeting with President Trump at various points in his transition to the White House. King, however, would have been knocking on his door, as she did with all the other presidents in her heyday. And she would not have been there for photo-ops or "selfies." As a seasoned coalition builder, she would have prepared a well- crafted agenda, which called upon Trump to govern as president of all Americans.

In past years, King's influence was mammoth in the shaping of the political landscape. She successfully campaigned to elect scores of liberals to political office, worked with President Jimmy Carter in the selection of federal judges and threw her weight against those who stood in the way of voting rights.

Typical of her role is how she confronted and helped block Alabama U.S. Senator Jeff Sessions who in 1985 was vying for a federal judgeship. Sessions, who Trump calls "brilliant," has been chosen for U.S. Attorney General seat. In a recently surfaced 10-page letter to the Senate Judiciary Committee, King had called him "lacking in judgement and temperament who would irreparably harm the work the movement had done to seize a slice of democracy for disenfranchised blacks."

In the battle to stop Sessions and others who seemed primed to push back advances in human rights, Coretta Scott King would not have panicked. In her memoir, she said, "Struggle is a never-ending process and freedom is never really won. You earn it and win it in every generation."

And so it goes.