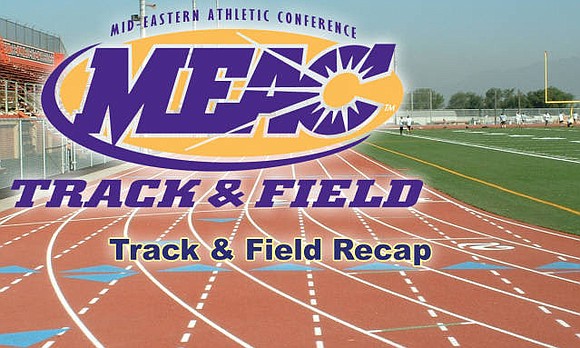 Dickson Goes Back to the Top

WINSTON-SALEM – The Camel City Invitational was good to the North Carolina A&T men’s and women’s indoor track and field teams over the weekend. Sophomore Michael Dickson especially benefited by performing well enough to once again find himself No. 1 in the nation in the 60-meter hurdles.

Staten Island, NY - The Howard University Track and Field Team traveled to Staten Island, New York last week to perform at the Villanova Open Invitational at the Ocean Breeze Track and Field Complex. The number of athletes who traveled to this meet was less than usual; however, the smaller group still made an impact. The team overall had 10 Top 8 finishes, mostly coming from the team's jumpers.

STATEN ISLAND, New York - Not every Maryland Eastern Shore track & field student-athlete made the journey to New York for Saturday’s Villanova Invitational, but those who did represented the Hawks exceptionally well. One player reset his own school record, four others qualified for postseason and nine set new personal records in a meet not affected by team scoring.