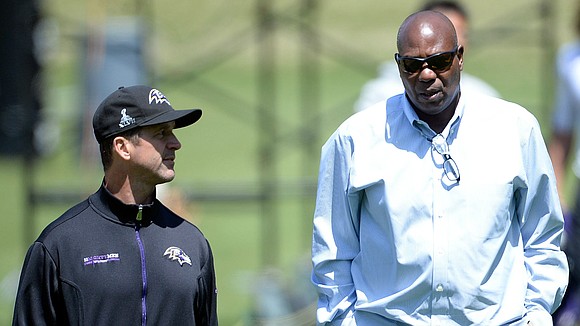 In 2017, the Baltimore Ravens will be expected to end the team's two-year playoff drought. While the Ravens came close in 2016, returning to the playoffs will be a tall task in the upcoming season.

The Ravens will have to figure out how to overcome the loss of Steve Smith Sr., their emotional leader on offense. Smith retired and has now moved on to the broadcasting world, having signed on with NFL Network.

Mike Wallace was a key free agent signing and rewarded them by posting 72 receptions for 1,017 yards and four touchdowns. Baltimore will need a repeat performance from Wallace in 2017.

Kamar Aiken took a step back after approaching the 1,000-yard mark in 2015. Aiken will be a free agent and is likely to move on after a frustrating season under new offensive coordinator

Breshad Perriman is continuing to adjust to the NFL but showed promise in his first season after suffering a knee injury as a rookie.

That being said, the Ravens need to draft a wide receiver that can become a consistent pass catcher for Joe Flacco.

Ozzie Newsome discussed some of the areas that he feels need to be addressed during the end of the year review press conference in January.

"We need to add some depth in the secondary," Newsome explained. "We need to improve on the offensive line. We need to find a complementary receiver. I think those are the areas that we feel like we should attack this offseason—whether it’s through free agency, the drafts, trades— whatever way we have to do it, but to get better in the secondary,find a complementary receiver and get bigger and stronger on the offensive line.”

with third round pick Tavon Young, who eventually took over as a starter on the opposite side of Jimmy Smith.

Smith was the Ravens best corner until he was injured in a game against the Giants.— therein lies the problem.Although he is the top cornerback on the team, the injury bug has visited

Smith over the last three seasons.

The Ravens would be wise to take a hard look at corners such as West Virginia's Rasul Douglas, UCLA's Paul Moreau, and Washington's Kevin King in the 2017 draft class.

Pass rusher is an area of need because there is not telling how much longer Terrell Suggs and Elvis Dumervil will be able to go. The Ravens tried to address

pass rusher in the last two drafts by selecting Za'Darius Smith in 2015 as well as Matt Judon and Kamalei Correa in 2016.

While Newsome mentioned the offensive line as an area of need, Alex Lewis and Ronnie Stanley both assumed starting roles as rookies last season. If Rick Wagner leaves via free agency, there may be an opening at right tackle.

In summary, the Ravens primary needs are at wide receiver, cornerback and edge rusher. The 2017 NFL Draft is deep at each of those positions. If the Ravens draft correctly, the team could address their areas of need and possibly get a player that can push for a starting job to retired inside linebacker Zach Orr.