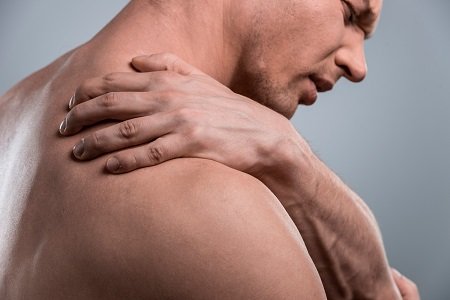 Overall, the blood test showed equal accuracy as the spinal fluid test when diagnosing Parkinson's or an atypical parkinsonism disorder, in both early and later stages of disease.

Hansson imagines that blood-based tests will be used in the future "in the diagnostic work-up of patients with parkinsonism by most doctors who are not very specialized with these movement disorders." He also believes the test will be used by specialists for Parkinson's patients who "do not exhibit a very typical symptomatology" or do not respond as expected to treatment.

The prevalence of Parkinson's in the general population increases from about 1% at age 60 to 4% by age 80, according to the Centers for Disease Control and Prevention. "Atypical parkinsonism disorders are not as common as Parkinson's disease," said Dr. Jeff Bronstein, a professor of neurology and director of movement disorders at David Geffen School of Medicine at UCLA. He was not involved in the new study.

Usually, patients are first diagnosed with Parkinson's, and only later do their doctors discover that they have one of the more rare neurodegenerative atypical parkinsonism disorders, which are most likely to affect people in their 50s and 60s and represent approximately 10% to 20% of all cases originally diagnosed as Parkinson's.

Though atypical parkinsonism conditions look very similar to Parkinson's at first, they "have a different underlying molecular cause," according to Bronstein, and so it is important to recognize them early in order to treat them properly. "Disease-specific therapies are now in trials, so accurate diagnosis is essential in determining if these new treatments work," he said.

According to Dr. Paul Wright, chairman of neurology at North Shore University Hospital in Manhasset, New York, and Long Island Jewish Medical Center in New Hyde Park, New York, the importance of this study is that it brings to light that there are new biomarker tests that can delineate between these neurological diseases.

"A lot of time, people come in and say they or a family member has a tremor, and they believe it's Parkinson's disease," said Wright, who also was not involved in the study. This early assumption may impede diagnosis of a less recognized atypical parkinsonism condition.

Or a patient has "horrible blood pressure fluctuations," Wright said, and no obvious tremor or rigidity symptoms, so a doctor suspects a heart condition. Instead, the cause is multiple system atrophy, a neurodegenerative disease. Though other symptoms will show up eventually and help in diagnosing the patient, in the meantime, the patient will be receiving the wrong medicines.

An accurate blood test, then, would be good news in these situations.

"It's a lot more reassuring to a patient to say 'we're just going to take a blood test to check for a few things,' " Wright said. "It's much easier and less anxiety-provoking for patients than taking a spinal tap."

Still, Wright is hopeful and believes a biomarker test for Parkinson's "will be down the line. ... In general, researchers are looking for biomarkers of disease."

Specialists and sub-specialists are available only in big cities, Wright said, and access to a simple blood test would enable a correct diagnosis in a primary care office.

"We always assume there's luxury," Wright said. "But that's not really what's real in most of the country."