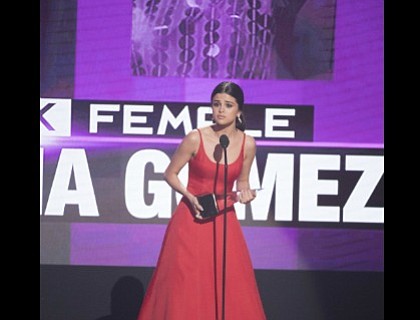 (CNN) — Selena Gomez's new series for Netflix, "13 Reasons Why," has been a passion project of hers since she was a teen. That's because, Gomez admits, the theme of the show, about a teenage girl struggling emotionally, "hits very close to home."

"To be frank with you, I actually was going through a really difficult time when [the show] started production," Gomez told CNN at a Netflix panel for the show on Wednesday. "I went away for 90 days and I actually met tons of kids in this place that we are talking about. A lot of the issues these characters are experiencing. I would say yes, I've had to deal with it on a different scale."

The 90 days to which Gomez referred were the time she spent in a treatment center beginning last August. At the time she said part of the reason she did that was to deal with "anxiety, panic attacks and depression" which she said are side effects of her ongoing battle with Lupus. But other than one statement on the subject, she has until now largely been silent about her own struggles since then.

"Whether it was just kids or growing up in the biggest high school in the world, which was the Disney channel, it was also adults that had the audacity to kind of tell me how I should live my life," Gomez continued. "And it was very confusing for me. It was so confusing. I had no idea who I was going to be and what I'm still going to become. It definitely hits home."

"13 Reasons Why" is based on a young-adult novel by Jay Asher about a teenage girl who leaves behind 13 cassette tapes explaining why she committed suicide.

Gomez hopes that a younger generation will connect to this material like she has.

"It hits a very important part of me and I think this is what [kids] need to see," she said. "They have to see something that's going to shake them. They have to see something that's frightening ... I want them to understand it ... I would do anything to have a good influence on this generation. It's hard but I definitely relate to everything that was going on and I was there for the last episode, I was a mess just seeing it all come to life because I've experienced just that."

"13 Reasons Why" premieres March 31 on Netflix.