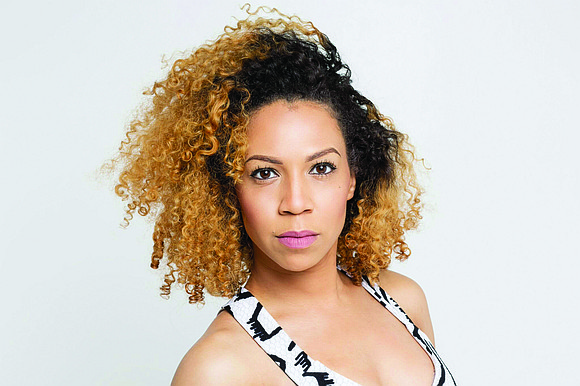 A natural disaster is no respecter of persons.Hurricane Katrina, the deadliest storm this country has ever seen, was no different; she did not discriminate.

Stories of survivors will be told on the stage at The Arena Players this month in a production entitled, “Colorblind: The Katrina Monologues.” A cast of nine will give voice to victims of Hurricane

Katrina and reenact vignettes of actual experiences around her devastation.

Alabama, Mississippi and Florida were caught in the path of the storm’s ferocious winds.

However, news cameras zoomed in on the people in New Orleans, Louisiana. The city’s Ninth Ward, a historically underserved community of black folk, bore the brunt of Queen Katrina’s devastation. There, she left behind rising waters, broken levees, a flood, and thousands of survivors. Some were stranded on rooftops of dilapidated homes, while others waded the muddy waters of the Big Easy seeking refuge for their families at the Superdome.

George Oliver-Buntin, one of Baltimore’s native sons, portrays the character of an elderly man who refuses to leave his home in a monologue titled, “Hold Out.” He represents the seasoned

citizens who have endured countless valleys and mountains in their lifetime just for being poor, black, and a citizen of the Ninth Ward.

“He’s one of those people who has seen it all before,” said Oliver-Buntin. “While The circumstances may be different, these are the things that have been going on for years. It’s not that they don’t care, but they become so desensitized to it because they’re so acclimated to mistreatment and being treated as if they don’t really matter.”

Mari Travis, also a Baltimore native, directs the production. The arts educator and choreographer hails from Morgan State University’s (MSU) prestigious theater program, where she danced with theMSU Modern Dance Ensemble and is currently choreographing the “The Wiz.” “I remember Hurricane Katrina like it was yesterday. It was unbelievable that a natural disaster of its magnitude was happening so close to home. Furthermore,the manner in which the government mishandled the before and aftermath was completely inhumane.”

A college student at the time, seeing the horror of it on TV compelled Travis to rise to action and plan a road trip to New Orleans to distribute, the best and most economical thing she could think of at that time, water. She sought support from friends and got discouraged due to the lack of support. Directing “Colorblind” is her chance to finally make her contribution.

“It's never too late,” said Travis, who spent time as a guest resident at Georgetown University, Morgan State University, Bryn Mawr School for Girls and Duke Ellington School for the Arts.

“The audience can expect two hours of heart-wrenching, true-to-life monologues from a skillful and, overall, out of-this-world cast of actors.”

Each monologue deals with a theme tied to the Hurricane Katrina experience, heavily touching on the role that politics played in the devastation that followed the storm. Also, interwoven in this production, are moments of choreographed movement and flashback portrayals of the survival tactics the public only heard about or saw vaguely on TV.

Theater-goers will find the performance powerful and sobering. There is a lot truth being told through these characters and their experiences with, and interpretation of, what they went through as a result of hurricane Katrina.

“The colorblind aspect really speaks to how we could have banded together and collectively, engaged in a healing process that would’ve benefited everybody,” Oliver-Buntin said. “But, because we, as a nation, were so focused on color, it was a serious discrepancy between how we responded to each other and how we took care of each other in the time of need.

and affected; it was reported as commandeering necessary supplies," Oliver-Buntin continued.

It's difficult for anyone who wasn’t there to presume where he or she would be, or exactly what they would have or could have done to protect themselves and others from Mother Nature's wrath. Actors, mostly residents and natives of Maryland, portray these characters with care and a powerful emotional quality, said Travis.