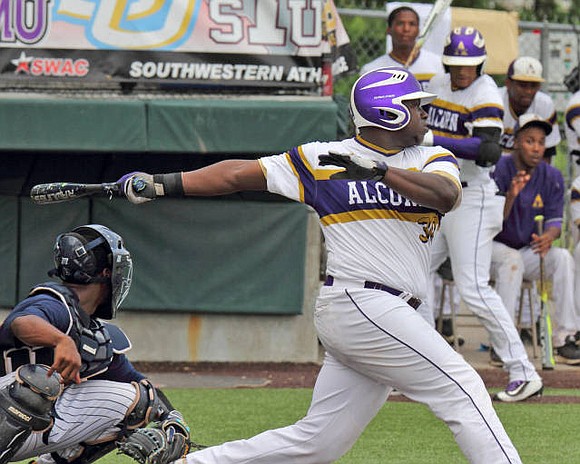 NEW ORLEANS, La. - The Prairie View A&M Panthers fell to New Orleans 14-0 in the final day of play in the MLB Urban Youth Invitational on Sunday.

The Panthers would manage just six hits in the contest. Xavier Jefferson would go 2 for 4 on the day, the most hits of any Panther in the lineup.

Prairie View would struggle on the mound. Andres Faltesek would go six innings for the Panthers, allowing seven runs on nine hits and totaling four strikeouts.

NEW ORLEANS, La. -Prairie View A&M would struggle offensively in a 6-1 loss to Illinois Chicago in its final game of the MLB Urban Youth Invitational on Sunday.

A home run by Avery Williams, who went 1 for 3 on the day, was the only offense that the Panthers would be able to generate. Prairie View would be held to just four hits in the contest.

RUSTON, La. - Arkansas Pine Bluff was outmatched from the beginning, as the Golden Lions fell to Louisiana Tech 16-1 on Sunday.

UAPB's lone run came courtesy of Juan Soriano, who homered in the fifth inning. Soriano went 1 for 3 with one RBI in the game.

CLEARWATER, Fla. - The Alabama State Hornets gave #25 Maryland all it could handle in a 9-7 loss on Sunday.

The Hornets struggled with its pitching and forced itself to try and match Maryland run for run. Terrell McCall went the three and one third innings pitched, giving up four earned runs on five hits in the loss.

NEW ORLEANS, La. - A hard fought game between Alcorn State and Southern came down to the wire, with the Braves ending both teams MLB Urban Youth Invitational with a 6-5 win.

The Braves were led by Walter Vives, who drove in two runs on the day. Vives went 1 for four in the batter's box with two RBIs.

For the Jaguars, John Pope went 2 for 4 and recorded two RBIs to lead the way offensively for Southern.

On the mound, Wilhelm Allen went four innings for the Jags, allowing just one run on five hits and three strikeouts.