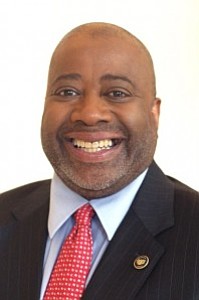 I don’t know why I have become the repository for the frustrations among Black Republicans across the country, but I have. Hardly a day goes by when I don’t get calls from Black Republicans

who feel totally and thoroughly ignored not only by you and your fledgling administration, but also by the national party, as well.

I am a nationally syndicated newspaper columnist published in over 200 newspapers every week. Last year, I wrote several columns supporting you, when it wasn’t cool to do so. Last December, I had to deconstruct the liberal attacks on Senator Jeff Sessions and your aide Steve Bannon.

I tell you this simply as a way of saying that because of the 25-plus years that I have served this party, I think I have earned the right to say what I am about to say to you in this column.

Let me be clear, Mr. President, I want absolutely nothing from you or your administration other than success.

Even your top black staffer is a Democrat with absolutely no institutional knowledge of the Republican Party’s relationship with the black community— past, present or future. So, their

natural inclination is to reach out to all of their Democratic friends for invitations to meet with you and to participate with you in last week’s Black History Month’s event.

Your direct interactions with the black community, for the most part, have been unmitigated disasters, especially, your meeting last year at the black church in Detroit and last week’s event at the White House. There are several major black churches in Detroit, led by black Republican pastors, that you could have attended, but your staff chose a church led by a left-leaning minister. Last week, you held a listening session at the White House in honor of Black History Month and you invited more black Democrats than black Republicans.

Mr. President, do you realize that you had Blacks serving on your own transition team, who were not invited to attend your event last week? How in the hell is that even possible?

Speaker Paul Ryan has a black chief of staff in his speaker’s office; this is the first time in the history of the country this has happened, and he was not there. Your remarks, at a minimum, should have acknowledged this historic appointment by Ryan, after all, isn’t that the whole purpose behind Black History Month?

Mr. President, you have at least four blacks on the executive committee of the RNC who have little to no engagement with you or your staff. This is totally bewildering to me. They are in effect part of the board of directors of the national party and no one around you seems to value or seek their input. Don’t you think they should have been invited to the White House last week?