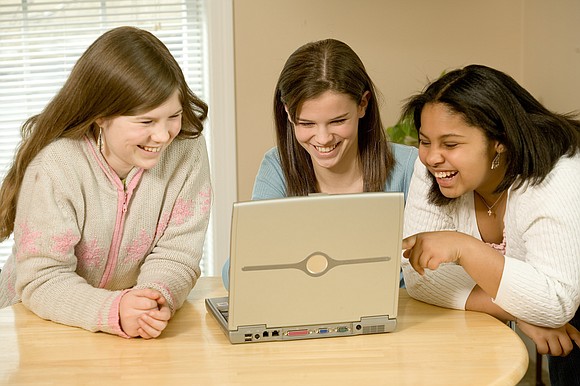 It's hard to avoid, but just about everywhere we go we are bombarded with gossip and rumors. On magazine covers, we can’t help but see celebrity breakups,hook-ups and arrests. On electronic media, we witness rumors and lies about anyone famous including our elected officials. From people we know, we hear the latest personal information about friends, family and even acquaintances.And of course, most of us are guilty of indulging in sharing gossip, too.

Sometimes, it just feels good to dish with a friend, and sometimes we feel justified by a real concern about, or frustration with, someone's behavior. But when chatter turns to divulging private

information about someone else, the talk can be destructive. Gossip and rumors can be devastating to the person the rumors are about, the community and even to the person gossiping.

With all of the rumors and gossip swirling around us, how do we help children avoid participating in this behavior especially when we might be guilty of gossiping ourselves? Here are several tips:

1. Remind children that talking about other people’s private business can cause hurt feelings.

When the rumors reach the person who the rumors are about (and they usually do), that person will most likely be very upset. This could end their friendship. Talk with children about how it might feel to have friends talking about their personal information.It can be helpful for children to understand how it would feel if this were to happen to them. Doing this

can build empathy. By gossiping, children open themselves up to repercussions such as rumors being spread about them. The person who was gossiped about is often so angry and hurt that they start talking about the people who hurt them. The cycle continues, and more people are hurt and angry.

2. Brainstorm some good techniques to use when gossip is being shared.

Come up with some direct approaches and some softer techniques. An example of a direct response is to let the person talking know that what they are saying will probably hurt the person the rumors are about and you would like to talk about something else. Other techniques Include changing the subject or walking away from the chatter.`

3. Explain that sometimes people gossip because they are angry or upset.

Talk about what to do in this circumstance, such as talking directly to that friend instead of talking about him or her. If your child does not feel comfortable talking directly, suggest roleplaying a conversation they might have. Even if your child ultimately decides not to talk to the friend about the issue, it is important that children vent their feelings and not hold them in.

4. Discuss safe people to confide in if your child is upset.

Suggest if your child wants to talk to you about anything, including other people, he or she is always welcome to talk confidentially to you, their parent or guardian. (And do keep the information confidential, as you promised.) Decide which other adults might be good choices to talk to: a trusted family member, a favorite teacher, or a specific member of the clergy, are a few examples.

hear them, and the adults don’t do anything when kids say something inappropriate, they think what they said is okay.

6. Model good behavior by not talking about other people’s private business,especially in front of children.

Even when it appears that children are not paying attention to what we say, they see and hear more than we think. If you make the mistake of gossiping, take responsibility for it. Let your child know you made a mistake and your goal is to not gossip.

By utilizing these tips, you can give your children a better awareness of the negative effects of gossip, and some techniques to avoid it.