Outgoing US ambassador: America is 'not an ethno-state' 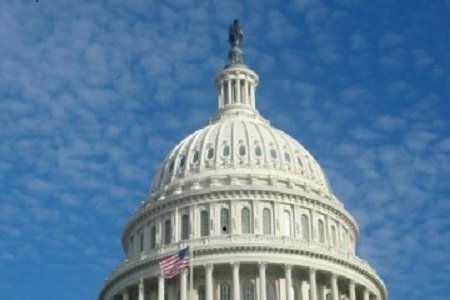 (CNN) — An outgoing career ambassador urged his colleagues on Friday to defend the rules-based world order in which the US supports a Europe "whole, free and at peace," a thinly veiled critique of the Trump administration, which has questioned the importance of the transatlantic alliance.

Ambassador Daniel Fried, the outgoing coordinator for sanctions policy, did not mention President Donald Trump or speak directly to his policies, but the State Department officials present understood his meaning when he said "we are not an ethno-state, with identity rooted in shared blood."

"The option of a white man's republic ended at Appomattox," he said in a farewell address at the State Department, referencing the 1865 battle that led to the surrender of the Confederate army and ended the Civil war.

His comments came amid widespread concerns about Trump's policy toward Russia and what many see as contradictory messages from Washington regarding the future relationship between the US and Europe, including whether America will support the continuation of the European Union.

"Nothing can be taken for granted, and this great achievement is now under assault by Russia," Fried said, referring to the freedom and security of Europe. "It is for the present generation to defend and, when the time comes again, extend freedom in Europe."

Acting Deputy Secretary of State Tom Shannon called Fried a "national treasure" for his work to help advance freedom and security in Central and Eastern Europe throughout the Cold War and after the fall of the Soviet Union. He served as US ambassador to Poland and director for European affairs at the National Security Council before becoming the assistant secretary for Europe at the State Department.

In recent years Fried took on some of the most thankless tasks of US diplomacy -- lobbying countries to take in Guantanamo detainees who were released from captivity and coordinating sanctions policy against North Korea over its nuclear program and against Russia over its actions in Ukraine.

Fried's departure leaves another hole in the State Department's senior ranks, with most career ambassadors having already being asked to leave or choosing to retire rather than work for the Trump administration.