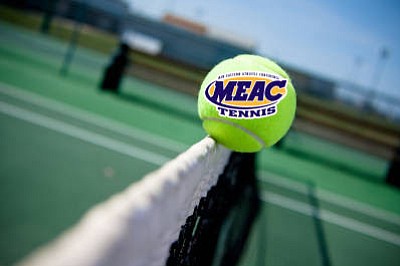 All preseason honors were voted on by the conference’s head tennis coaches and sports information directors.

On the men’s side, South Carolina State won the 2016 MEAC tournament championship and received the conference’s automatic qualification to the NCAA Division I Men’s Championship. Last year, The Bulldogs finished the regular season with a 3-1 conference mark and a 12-9 overall record.

Norfolk State was predicted to finish second, followed by Hampton in third. Howard was picked fourth, while Coppin State was selected fifth in the northern division.

The Howard Bison, who were 10-7 overall and 5-1 in MEAC play last season, are slated to win the northern division.

The 2017 MEAC Men’s and Women’s Tennis Championship begins April 20-22 at the Folkes-Stevens Tennis Center on the campus of Old Dominion University in Norfolk, Va.

For more information on the MEAC Men’s and Women’s Tennis Championship and other sponsored sports, visit www.MEACsports.com