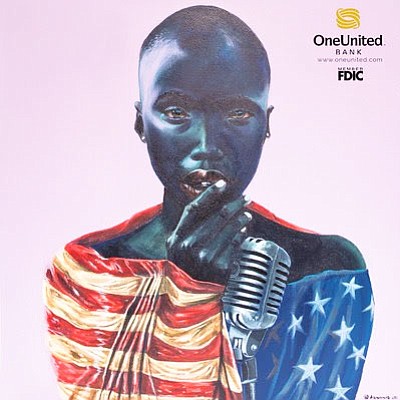 MIAMI — On Thursday January 12, 2017 at 7 p.m. EST, OneUnited Bank, the largest black owned bank in America, will go live on its Facebook page from its Miami branch in a nationwide broadcast to answer questions about the #BankBlack Movement sweeping across Black America.

For Black America, summer 2016 brought about a tangible shift in understanding the power of its $1.2 trillion in spending power. Millions were able to "move their minds" through the phenomenon of the #BankBlack Movement, answering the call for a collective show of economic force, by moving money from traditional banks to black owned banks. In that time, millions of dollars have been moved to black owned banks resulting in more loans and jobs for the black community. OneUnited Bank saw $20 million in deposits, generated $130 million in loans, doubled its social media numbers and increased its national staff by 10 percent to keep up with the explosion of interest in black owned banks.

"The #BankBlack and #BuyBlack movements are an outgrowth of the #BlackLivesMatter movement, which has increased awareness of the importance of supporting the black community. OneUnited is using social media to tell inspiring stories, answer questions, teach financial literacy and help everyone appreciate the power of our dollars," President and COO of OneUnited Bank, Teri Williams commented.

Both BMe and OneUnited Bank place a strong emphasis on the importance of strengthening the black community through initiatives that focus on economics, community development, entrepreneurship and technology. In August 2016, BMe solidified its commitment to collective economics with the re-direction of $1 million in deposits to OneUnited Bank; and a partnership was born.

“BMe Community has partnered with OneUnited Bank because we want you to have the know-how and networks for building wealth," said Trabian Shorters, Founder and CEO of BMe Community.

Recently rated one of the top 25 community banks in America for its social media presence, OneUnited Bank is committed to remaining on the forefront of the digital banking age by providing multiple platforms to engage and interact with their customers in local communities and online. The #BankBlack Live event on January 12, 2017 at 7 p.m. EST is the first of a series of digital forums to interact with OneUnited Bank and the #BankBlack Movement.