Changing the face of medicine 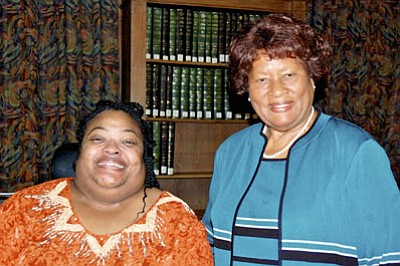 BALTIMORE — As women around the world continue to make small but significant socioeconomic gains, black women still lag behind as leaders in top healthcare positions. In fact, only two percent of all physicians are black women. The statistic alone does not convey the barriers that prevent black women from pursuing a career in the medical field.

For Crystal Emery, an award winning director and filmmaker, the data reveals a need for a greater push towards diversity in the healthcare sector.

Emery is also the founder of the non-profit organization, URU, The Right to Be, Inc., which aims to utilize artistic expression to start dialogue about issues that affect different race, social and economic groups.

In her book, Against All Odds: Celebrating Black Women in Medicine, author Crystal Emery depicts black female doctors as resilient individuals who overcame obstacles to succeed in a male-dominated industry.

A product of her organization’s efforts is the documentary Black Women in Medicine. Written, directed and produced by Emery, the film explores the personal recounts of black female doctors who have experienced unjust treatment due to race, gender and other stereotypes. The film is part of Emery’s, Changing the Face of Medicine Initiative (CFMI), a multimedia project that aims to promote past and current accomplishments of black women in medicine, to improve diversity and to offer solutions to issues for the future.

Emery and Dr. Jocelyn Elders, the first black United States Surgeon General, collaborated to launch CFMI in an effort to encourage minorities to pursue studies in medicine and science.

“One of the things that these women [in the film] demonstrate is that no matter where you come from, what obstacles you face— it doesn’t matter. If you have determination and you believe in a power greater than yourself, all things are possible, ” said Emery, who is also a quadriplegic. She attributes the lack of blacks in these fields to this generation’s perception of entitlement, noting that today’s youth, “give up too fast,” and that the instant gratification granted due to rapid technological advances has decreased one’s will as hard as previous generations.

“Part of the film, Black Women in Medicine, is to let people know this is what we do. If you don’t ever see a picture or you never see in the media that there are black women doctors, you’re going to believe that they don’t exist,” said Emery.

In her latest book, Against All Odds: Celebrating Black Women in Medicine, Emery depicts black female doctors as resilient individuals who overcame obstacles to succeed in a male-dominated industry.

“I was looking at the pictures that we shot on location and I was like, wow, these women are gorgeous, I should make a book. In the process of making a book with 25 women, it grew like any project and took a life of its own,” said Emery.

The women in the film encountered subtle racist remarks that made evident the impact certain stereotypes have in healthcare. Some patients would assume that she were either a dietician or a nurse, never equating a black woman to a surgeon.

“They received the same racism that all black people face and then it’s double because they get a double dosage because they receive sexism as well. Part of the film, “Black Women in Medicine,” is to let people know this is what we do. If you don’t ever see a picture or you never see in the media that there are black women doctors, you’re going to believe that they don’t exist.”

CFMI will also conduct educational tours to raise awareness in the 2107-2018 year. The project will be expanded to address the issue of a lack of Latino physicians. Additionally, the goal is to increase the number of mentees within STEAM partner programs, according the organization’s website.