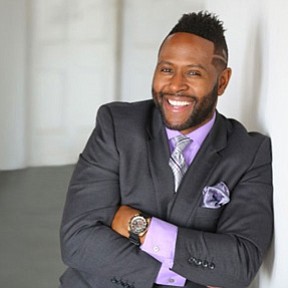 Former NFL standout Keion Carpenter who dedicated his life to helping youth in his hometown Baltimore and around the country died in what has been described as a freak accident on December 29, 2016 at a hospital in Florida. Courtesy Photo

BALTIMORE — Former NFL standout Keion Carpenter dedicated his life to helping youth in his hometown Baltimore and around the country.

The nonprofit Carpenter House and the Shutdown Academy, which he founded, allowed young individuals to experience not just a football program, but it helped hundreds of youth academically and assisted them in getting to know life outside of their neighborhoods, towns and cities.

After what has been described as a freak accident, the 39-year-old died on December 29, 2016 at a hospital in Florida.

A memorial vigil will be hosted by officials at Shutdown Academy in Hanlon Park at 3 p.m. Saturday, January 7 and a public viewing is scheduled from noon to 4 p.m. on Sunday, January 8 at the Wylie Funeral Home in Randallstown.

Carpenter, who starred in two sports— football and basketball— at Woodlawn High School in Baltimore, has left a legacy that his family and those whom he worked with at Shutdown Academy and the Carpenter House Foundation will fondly remember.

“Working with Keion was amazing. It was a new adventure every moment,” said LaTisha Chambers of Shutdown Academy, a nonprofit development program for youth designed to strengthen them to reach their potential through the core values of integrity, honor and respect.

“Once Keion set his mind to accomplish a goal we just had to sit back and enjoy the ride,” Chambers said. “And, every goal he wanted to accomplish, he did. Keion was very passionate about the work he did in the community.

“He did everything from renovating houses for low income families to live in, mentor kids in Baltimore City, coach football in Baltimore City and County, as well as have classes for parents on financial literacy,” she said, noting that Carpenter was a member of various executive boards in Charm City. “He wanted to give back and serve.”

MRIS CEO David Charron, who worked with Carpenter on the former football star’s foundation said he was deeply saddened by the news of Carpenter’s death, which was caused by an accidental fall in which he hit his head and slipped into a coma.

“His commitment to improving the lives of children was unwavering. He not only created special opportunities for kids to reach their full potential, but set an example for all of us on how to give back to our communities. He will be missed,” Charron said.

Carpenter’s professional football career started with the Buffalo Bills in 1999 and ended with the Atlanta Falcons 2005. He played for Virginia Tech for three years, racking up 10 interceptions, two of which he returned for touchdowns.

Carpenter appeared in 83 career games and notched 14 interceptions during his time with the Falcons and Bills. He retired from the NFL in 2005 and established The Carpenter House— a charitable organization near Baltimore that includes Shutdown Academy.

“His talent on the turf gained him national notoriety as an accomplished athlete, and at home, he won our hearts as a beloved community champion with an uncompromising will to reclaim neglected neighborhoods and improve the lives of the underprivileged,” Baltimore Mayor Catherine Pugh said in a statement. “There is a piece of Keion that lives in us all, and though he will be sorely missed, his legacy is everlasting through the good deeds and people he impacted throughout his life.”

Chambers said Carpenter was one whom individuals could feel comfortable going to for advice. She said some of his best traits included loyalty and respect.

“Keion was a very smart, talented man,” Chambers said. “He really left a mark on Baltimore and will be missed by many. Off the field, his legacy will continue through his family, friends and all who truly loved him.”

In a 2015 interview with The Baltimore Times, Carpenter said his wish was for the children in his programs to fully benefit.