A Catholic reads the Bible, Week 49: Training body and soul with St. Paul 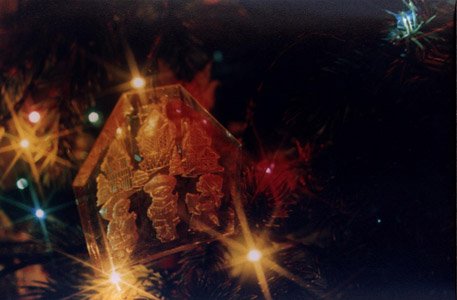 (CNN) — St. Paul is my favorite. There is no other way to start this piece than by laying it out there. His words comfort me.

Until this project, I didn't really think about St. Paul at all. I heard him mentioned sometimes in the Mass readings, but that was about it.

So what I knew, basically, was that Paul wasn't Matthew, Mark, Luke or John. That is, not one of the four gospel writers. I thought he was a little like a ghostwriter, his contributions to the Bible masked behind more famous names.

Sitting in Mass on the last Sunday in Advent, I ruminated on this idea. The reading was from the first chapter of Paul's letter to the Romans -- I took it to be a sign. It read:

"Through him we have received the grace of apostleship, to bring about obedience of faith, for the sake of his name, among all the Gentiles, among whom are you also, who are called to belong to Jesus Christ..."

When inspiration strikes me during Mass, I take pictures of the Missal so I can remember material for this column. That's something my family and friends are not going to miss when I wrap up this project. (I also take notes on my smartphone. Father, forgive me, but I am not texting -- I'm recording inspiration.)

As you might have noticed, I took a few weeks off from reading, writing and meditating on the Bible during Christmas (ironic, you could say). When I sat down to write this post, I found the Paul passage in my notes from Advent, which seem perfect for the new year.

Now I don't want to start a religious war, but why doesn't St. Paul have a big square in Rome named after him, as St. Peter does? Just saying: Paul deserves a special commemoration.

At Mass last Sunday, for example, my parish priest talked about how people tend to focus their new year's resolutions on their physical health, while neglecting their spiritual health. It is time to consider both -- and with St. Paul's help, I am doing just that.

As he evangelized, St. Paul was looking for ways to relate to the people he encountered. In one of his letters, he picked the universal metaphor of sports. (Even back then, sports provided a common language.)

"Do you know that runners in the stadium all run the race, but only one wins the prize? Run as to win," he writes in his first letter to the Corinthians.

Why isn't that a quote on a pillow, or at least a motivational poster?

Then Paul goes on, offering a passage that resonates deeply with me:

"Thus I do not run aimlessly; I do not fight as if shadowboxing. No, I drive my body to train it, for fear that, after having preached to others, I myself should be disqualified."

Even Paul needs to keep working, keep training his body and his soul. As we head into the new year, we all do.