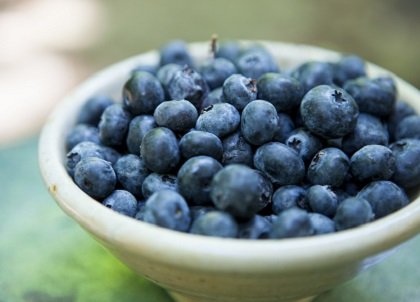 The Mediterranean diet -- one heavy on veggies, nuts and fruit, with limits on meat and dairy -- is the way to go. Study after study has shown it is the key to help you live longer and puts you at a lower risk for cancer and cardiovascular diseases. (Amanda Greene/Turner)

(CNN) — As we age, our brains naturally shrink and our risk of having a stroke, dementia or Alzheimer's rise, and almost everyone experiences some kind of memory loss.

Scientists know that people who exercise regularly, eat a healthy diet, avoid smoking and keep mentally stimulated generally have healthier brains than people who aren't as careful about diet and exercise.

Now, a new study seems to confirm that eating an easy-to-follow Mediterranean diet can have lasting benefits for brain health. The study was published Wednesday in the journal Neurology.

For the study, researchers analyzed the diets of about 400 adults, 73 to 76 years old, in Scotland over a three-year period. During this same time, the researchers took MRI scans of the participants to analyze their overall brain volume and thickness of the brain's cortex.

The researchers found that those who closely followed a Mediterranean-like diet were less likely to lose brain volume as they aged, compared with those who didn't follow such a diet.

However, more research is needed to determine an association between a Mediterranean diet and a specific effect on risk for degenerative brain diseases, such as dementia.

A 2015 study from the journal Neurology also suggests that a Mediterranean diet (which includes wine!) may help make your brain about five years younger.

Researchers figured this out by looking at the brains of 674 people with an average age of 80. They asked these elderly people to fill out food surveys about what they ate in the past year, and researchers scanned their brains. The group that ate a Mediterranean diet had heavier brains with more gray and white matter.

"The previous study only measured brain volume at a single time point, whereas we had longitudinal measurements: two measurements three years apart," said Michelle Luciano, a lecturer of psychology at the University of Edinburgh in Scotland and lead author of the latest study.

"The previous study was therefore not looking at brain volume change over time but differences in brain volumes at a single time point," she said. "We also looked at two components of the diet, meat consumption and fish consumption, and neither of these had an individual effect on brain volume loss. It might be that the diet as a whole is beneficial, and it is the combination of the foods and nutrients that protects against, for example, vascular disease and inflammation, which can cause brain atrophy," or volume loss.

The Mediterranean diet is relatively simple to follow. It involves eating meals made up mostly of plants: vegetables, fruit, beans and cereals. You can eat fish and poultry at least twice a week. You don't have to keep away from carbs; in fact, you should have three servings of those a day, particularly of the whole grain variety.

A glass of wine a day is perfectly fine, too. What you do typically have to limit is the amount of meat, dairy and saturated fat you eat. Cook more with olive oil, as opposed to butter.

In the 2015 study, a higher consumption of fish was associated with keeping your brain young. But if you don't really like fish, scientists at Harvard and Rush University in Chicago created the MIND diet, a combination of the Mediterranean and DASH diets that may be a little bit easier to follow, as it requires you to eat less fish and fruit.

This latest Mediterranean diet research builds on other evidence that the diet is likely the way to go. It has also been shown as a key to helping you live longer. It helps you manage your weight better and can lower your risk for cancer, and cardiovascular diseases.

Bottom line: you'll likely be physically and mentally healthier long into old age if you stick with this diet.