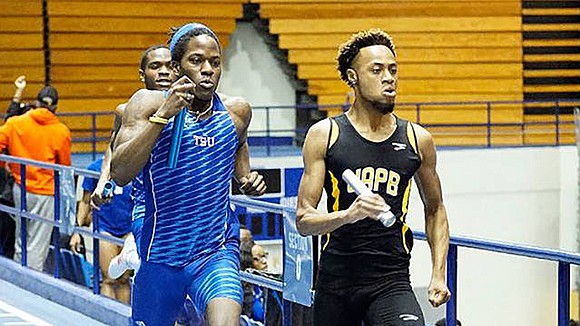 Parker posted a 6.58 in the 55m dash for a third-place result, and posted a second-place time of 22.53 seconds in the 200m dash. Teammate Lamarques Woodard was fifth.

Miles Dortch and Nathan Brown were second and third, respectively, in the weight throw.

Also on the women's side, Cara Brooks made a toss of 39'7" to finish second in the shot put. She was also fifth in the weight throw.