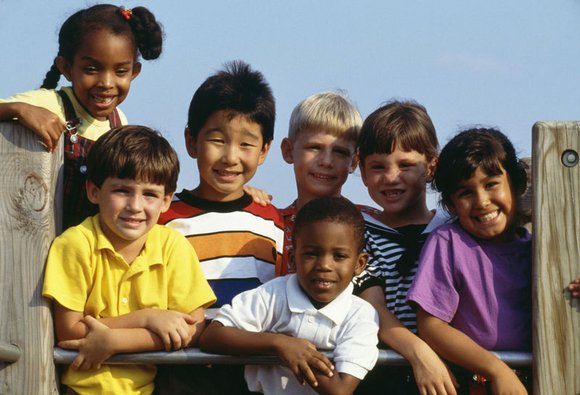 (CNN) — The viral video of a dresser toppling when two toddlers climb on it, with one brother helping rescue his twin, underscores a serious issue: On average, a child dies every two weeks from furniture or a television falling on them.

It's such a problem that the US Consumer Product Safety Commission has launched a national campaign called Anchor it!, recommending that furniture such as dressers and bookshelves be bolted to a wall.

"Get on top of it before they do," the agency advises. "The threat is serious, but the solution is simple."

The safety commission says there are about 33,000 emergency department-related injuries a year as a result of TV or furniture tipping over -- the majority being head injuries.

Most furniture comes with instructions and equipment to properly bolt it down, but many consumers toss these materials out. The safety commission advises that taking an extra five minutes to use them can save a child's life.

Tipover accidents killed 489 people from 2000 to 2015, including 411 children ranging in age from 1 month to 14 years old, according to a Consumer Product Safety Commission report released in August (PDF).

That amounts to a child being killed by falling furniture or TVs every two weeks.

In the video that spead online this week, 2-year-old brothers Brock and Bowdy Shoff are seen climbing on the open drawers of the dresser in their room. The dresser topples over; Bowdy escapes harm while Brock gets wedged beneath the fallen dresser. Luckily, his head goes into the slot of an open drawer instead of getting banged against the floor.

Seeing his brother pinned beneath the dresser, Bowdy walks around and lifts it while Brock wiggles out, crying.

The video, which has been viewed more than 4 million times on YouTube, was captured by a nanny cam. Mother Kayli Shoff was watching it on her phone about 8:30 a.m. Friday.

When she burst into her boys' bedroom, they were "just quietly playing in their room in the corner," she said.

The parents weren't exactly sure what had happened at that point. Father Ricky Shoff immediately pulled up the video to watch the entire incident.

"My heart dropped, as you can imagine," he said.

But his heart swelled when he saw Bowdy lift the dresser to help his brother. "He's pretty tough," Ricky Shoff said.

The two searched Brock for any injuries and couldn't believe he wasn't hurt, acknowledging how fortunate he was. "Not even scratched," the father said.

The parents waited a few days before posting the video online, "because it's hard to watch," Kayli Shoff said.

The father posted the video on his Facebook page, and it immediately took off.

Many parents have reached out to the Shoffs, saying they have bolted down their furniture since watching the video. "That's the first thing we did, obviously, the second this happened," Ricky Shoff said. "I got all my tools out and did it, put it up on the walls."

And that's their message, much like that of the Consumer Product Safety Commission's campaign: Anchor it.