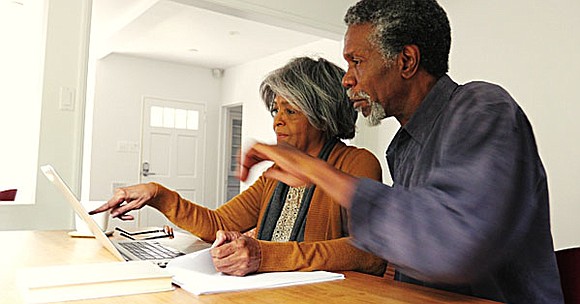 Nationwide — Sadly, many African Americans don’t think about taxes until the days and weeks leading up to April 15. However, there are many things you can do now to help our results then be more appealing.

If you are business owner, think about purchases that you can make between now and year end. If possible, try making purchases that you were planning to make in January in December. Consider pre-paying your cell phone or internet bill. But careful, though, about large purchases such as heavy equipment, as these may need to be depreciated rather than capitalized, greatly minimizing the tax impact you might be expecting from such a large purchase.

With the political climate and uncertainly on the continuation of Obamacare, Health Savings Accounts (HSA), along with High Deductible Health Plans (HDHP), may see increased popularity. If you already have a HSA and have not yet maximized your contribution for the year, now would be a great time to do so. Contributions and interest earned are tax free and the maximum contribution amount for 2016 is $3,350 for individuals and $6,750 for families. If you are over 55 years of age, you get an additional $1,000 in catch up contributions which will be tax free as well.

Employees that changed jobs or started a new job this year should review their tax withholdings/exemptions claimed on their new hire paperwork (Form W-4). Claiming too many exemptions could result in an unexpected or large tax liability at tax time. Claiming too few exemptions could result in giving the government more money than necessary, which could result in a cash flow problem for you during the year. Ask you HR or payroll department to review your withholdings and ask your accountant or tax adviser to review them for you so that if adjustments are needed, you can catch them at the beginning of the new year to avoid potential problems during next year’s tax season.

In addition to tax adjustments, some basic financial planning can go a long way in setting the stage for you (and your money) as you enter the new year.

Randy Hughes is the founder of Counting Pennies, a nationwide tax and accounting firm that specializes in tax preparation, bookkeeping and debt management. Contact him at (800) 234-1449 or randy.hughes@cpennies.com or visit www.cpennies.com.