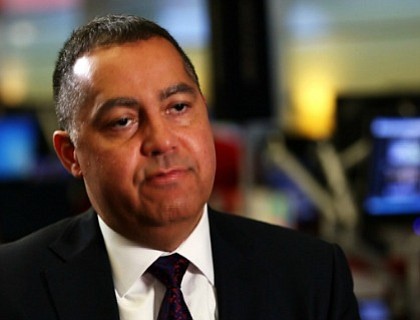 (CNNMoney) — President-elect Donald Trump has a strained relationship with women and minority voters.

But Don Peebles, an African-American real estate mogul who has been a major fund raiser and adviser for President Obama, says he believes the President-elect will create more economic opportunities for women and minorities.

"Donald Trump and I are pretty much in sync," Peebles told CNNMoney's Christine Romans. "Of any president in modern time, he has the best business knowledge. He has the knowledge to do it, and he's expressed a desire to do it."

Peebles doesn't agree with Trump on everything. He takes issue with Trump's pick for attorney general, Sen. Jeff Sessions, as well as with Trump's rhetoric on immigration.

The men have a decade-long business relationship, and Peebles told Romans that they recently sat down to discuss how to create opportunities for minorities. Peebles declined to share any specific policies the pair explored, but he said Trump is "prepared to take some bold steps."

Trump did make big promises to the black community during his campaign. He told poor communities that he would fight poverty in ways Democrats have not, and he infamously made a plea to African-Americans by asking them, "What the hell do you have to lose?"

The remark was offensive to many black voters, but Peebles said he wasn't phased. He said African-Americans have experienced a "tremendous loss of ground in many areas economically."

"In terms of economic success...African Americans [are] at the bottom. Is there any further place to drop than the bottom?" Peebles said. "I think you've got to start trying something differently. He was doing it in a confrontational, Trump way of doing it, but he was saying, 'Give me a chance.'"

In the end, Trump's dramatic appeals and controversial remarks didn't land with minorities. He only captured 8% of the black vote. But Peebles defends Trump's character, saying his public persona is merely showmanship.

"He's a businessperson and an entertainer, so his style is more entertaining," Peebles said. He added that in private Trump is "very warm, very kind, complimentary [and] receptive to different ideas."