An Interview with Suzzanne Douglas 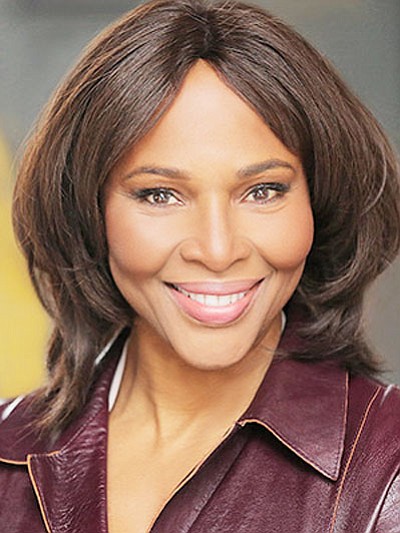 Suzzanne Douglas portrayed “La Marquise de Merteuil,” in the recent production of Les Liaisons Dangereuses at Center Stage in Baltimore. Douglas’ other theater credits include performances on Broadway in “The Tap Dance Kid,” “It’s a Grand Night for Singing” and “The Threepenny Opera.” Courtesy Photo

BALTIMORE — Two French aristocrats, “La Marquise de Merteuil” and her ex-lover, the “Vicomte de Valmont,” challenge each other to seduce unsuspecting innocents in this story of revenge, debauchery and hidden motives. Set just before the French Revolution, Les Liaisons Dangereuses (Dangerous Liaisons) is a glimpse into the lives of beautiful people poised to denigrate and control everyone around them, including each other. However, when one of them actually falls in love, the real betrayals unfold.

This intriguing story recently played on Baltimore’s Center Stage. Suzzanne Douglas, whose many credits include the WB television show The Parent ‘Hood, the Lifetime biographical movie Whitney, and the films How Stella Got Her Groove Back, The Inkwell, Jason’s Lyric and School of Rock portrayed “La Marquise de Merteuil.” The play was written by Christopher Hampton and directed by Hana S. Sharif. The production is based on the novel Les Liaisons Dangereuses, written by Choderlos de Laclos, and wrapped up a one-month run at Center Stage on December 23, 2016.

“I think it’s an important play to be seen by everyone, particularly women in light of what recently happened with our election,” said Douglas referring to President-elect Donald Trump’s victory over Democratic challenger Hillary Clinton in the presidential election. “We have a nation where 55 percent of its population are women. The play Dangerous Liaisons is based on a book from the 1700s. The writer of this novel Choderlos de Laclos, was a very forward-thinking man and was imprisoned for his belief regarding empowerment for women.”

Douglas continued, “My character La Marquise de Merteuil loves being a woman, but wants to have the same equality, equal pay, and live her life without tarnish as the men of that time. She is a woman trapped in a society controlled by men, but part of the one percent who controls everything. However, her lover’s reputation is tarnished. Everyone accepts that, but she realizes she cannot afford the same thing to happen to her, or she would be ruined.”

Douglas again pointed to the President-elect Trump’s victory over Clinton.

“In 2017, we are still dealing with women’s issues,” she said. “In our recent election, so much emphasis was placed on Hillary Clinton’s emails, but Donald Trump did not rent to black people, admitted to not paying taxes, and did other deplorable things, and still became our President. We are still dealing with the same issues that Choderlos de Laclos wrote about in his novel. There is a double standard, which says that it is okay for a man to be reckless but if women does the same thing, she is labeled. This issue is covered in the play. I am so pleased that this play deals with current issues without slapping you in the face.”

She added, “We laugh at the foibles of these people, and go through the gamut of emotions that one does. However, it’s a very important play to be doing, and even though it is based on a book that was written in the 1700s, it’s relevant because of its theme. As an actress, it’s important to deal with these issues at this time and in this present day. The leadership of this country really needs to think very hard about the female constituents that they represent. People really seem to enjoy this production very much. The reaction from the audition has been quite lovely.”

Douglas’ other theater credits include performances on Broadway in The Tap Dance Kid, It’s a Grand Night for Singing and The Threepenny Opera.

A native of Chicago, Illinois, Douglas is married to Dr. Roy Jonathan Cobb. The couple have one daughter. She earned a Bachelor of Arts degree at Illinois State University and a Master in Music degree at the Manhattan School of Music. Through her advocacy in the arts, she hopes to engage and empower individuals and communities.

The actress is a lifetime member of Girl Scouts of America, The National Council of Negro Women, Sigma Alpha Lamda, Jack and Jill of America, Inc. She is also a member of Delta Sigma Theta Sorority, Inc.